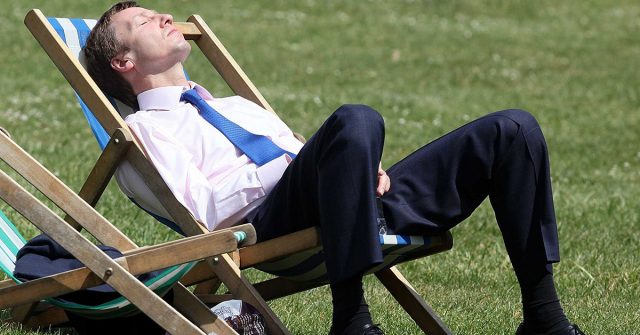 A recent study found that people over 40 years old perform the best when they work only three days a week.

The study conducted by the Melbourne Institute of Applied Economic and Social Research concluded that working up to 25 hours per week increased cognitive functioning among middle-aged adults. On the flip side, performance decreased when the work week went beyond 30 hours due to overload, fatigue and stress.

Professor Colin McKenzie from Keio University said in an interview that, “Many countries are going to raise their retirement ages by delaying the age at which people are eligible to start receiving pension benefits. This means that more people continue to work in the later stages of their life.”

“The degree of intellectual stimulation may depend on working hours. Work can be a double-edged sword, in that it can stimulate brain activity, but at the same time long working hours can cause fatigue and stress, which potentially damage cognitive functions.”

While results can vary between countries, it’s important to note that stress and fatigue cause mental declines, and if you’re over 40 it might be a good idea to be mindful about how much you choose to work each week. With governments pushing for higher retirement ages before they start giving benefits, studies like this are very important to take into consideration as the mental health of aging individuals is of utmost importance. Taking care of its citizens will save any given country more money than delaying the release of its benefits, so we hope a healthy balance will be achieved.

Once You Hear This Psychiatrist’s Take On Alcohol, You’ll Never Drink Again

8 Things Men Do Only With The Women They Love

Kind Retired Nurse Uses Her Own Pension To Help Feed Thousands Of Her Struggling...