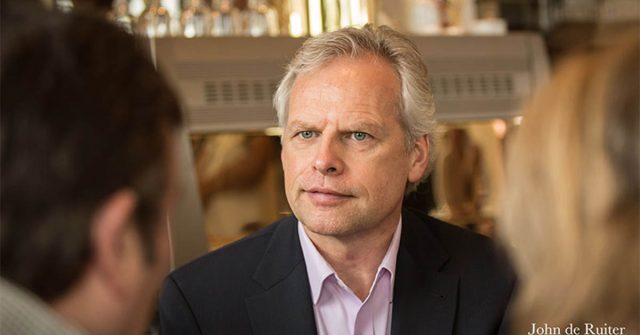 We all know that the Covid-19 pandemic has taken millions of lives, hurt economies, increased social isolation, and generally caused havoc everywhere in the world.

What’s often left out of the conversation is the impact on relationships, especially married couples suddenly stuck at home together for indefinite periods of time, many of them caring for their children 24/7 and worried about their livelihood and stability.

The American Family Survey (AFS) conducted a nationally representative survey of 3,000 people on married couples and stress levels during the pandemic. Among adults aged 18 to 55, the AFS concluded that 34 percent of married men and women reported that the pandemic had increased stress in their marriage.

John presents a heartfelt way of valuing intimacy and dearness within a relationship:

John de Ruiter has offered couples advice before and during the pandemic through Zoom meetings, helping those struggling to cope with stress find their harmony.

Dealing with Stress in Relationship: A Softer Heart, Not a Bigger Hammer

Q: We have a lot of stress at home because my husband doesn’t have full time work. We’ve talked about how he gets himself into these situations but he doesn’t seem to want to hear anything from me. It’s his learning, but it’s also very hard for me.

Q: I think I should love him more rather than put pressure on him to listen to me, yet if I think he doesn’t want to listen I close my heart. I want the best for him, but I also think I need to let go and go my own way.

John de Ruiter: Loving him more is difficult. Loving him isn’t. If you are loving him, then in your heart, what else is there?

Q: We don’t communicate and we don’t understand each other.

John de Ruiter: If you are loving him – not loving him more, but simply, in your heart, loving him – there is no fear, and love communicates as nothing else can.

Q: But if we don’t communicate, then at that moment there is no love.

John de Ruiter: Then return to the best part. The best part is, in your heart, simply loving him. Then comes communication on your part. When that doesn’t work, return again to the better part: loving him. Loving him means that you are unconditionally coming from dearness in all of your heart toward him. That dearness means more than any result. As soon as needing a result means more and has your heart, then the dearness is gone and what you’ll have in your heart toward him is a need.

Q: What about the letting go and going my own way; not putting him under pressure?

John de Ruiter: You can put him under pressure as long as it is dearness in your heart that is putting him under pressure. Then he is under dearest pressure. The moment that negative emotion comes up in you, before it has any chance to come out, surrender in your heart to dearness within. Negative emotion relates only to one thing when it cannot get its way and that’s the use of force.

Q: That’s what I do when I don’t get something. I hit harder! I know it doesn’t work, so I try a softer way most of the time.

How can I discern how and when to have boundaries in a relationship?

Q: How can I discern how and when to have boundaries in a relationship?

John de Ruiter: The answer to that depends completely on your level of awareness and your orientation as awareness. For example, if you’re just completely identified in yourself, then boundaries are really important. If you don’t move with those boundaries and set them in a way that is fair to yourself and the other, then you go out of balance. If you awaken to deeper levels within, all of that changes and it becomes increasingly more important for you to have no need of setting boundaries.

Q: But I can feel so overwhelmed by such pressure that I feel boundaries are really necessary.

John de Ruiter: If your awareness shifts its orientation from your self and reality in the way that you perceive from yourself, to your deeper levels and your being, you can really live in your life virtually all the time not relating to boundaries and how you’re affected by others. As you integrate that, you’ll be able to set boundaries without that having personal significance to you. You can set boundaries and be free of them; they don’t control you.

There are so many things in life that lie beyond our control, as the pandemic has made abundantly clear.

Q: I want to talk to you about control. I really know I need to let go of control in my life, in particular my controlling of other people. I’m always telling my partner what to do, and not believing he’s doing his best.

Q: I feel like a baby who needs to learn how to walk again. Despite all I know, I still have the idea he’s not doing enough as a father and that it’s hurting my kids. I know it’s not true, but I so often act from this fear in our life.

When you want him, more than anything he can do, you’ll not be using control on him. You won’t be speaking to his personality. You won’t be telling him what to do. Instead, in all of the moments that he’s with you, you’d love that you can see him. It’s not what he does or doesn’t do that matters to you. He matters to you.

John de Ruiter is a spiritual pioneer, teaching that life’s meaning can be known and lived through “core-splitting honesty.” In his teens, John awakened to fundamental levels of reality. Ever since, his life and teaching have been informed by that direct knowing, a true inspiration that he encourages in those he meets. John’s meetings include silence, connection by eye contact, and dialogue. They are an opportunity to come to rest while actively realizing deeper subtleties of being human, knowing what we really are and allowing that reality to change our lives.

My Son, my wish for you is simple… Have the very best life imaginable…

After Runner’s Hamstring Tore During The Olympics, His Loving Dad Helped Carry Him Across...