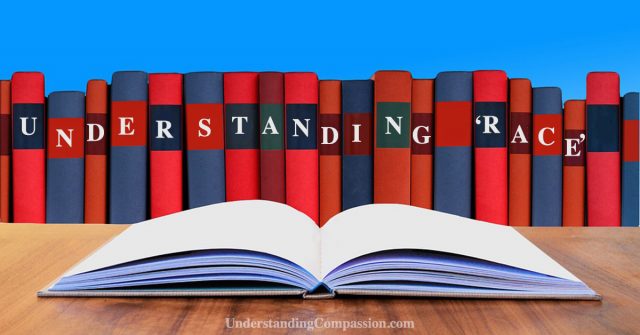 In order to understand ‘race’ accurately, it is important to first understand some of the scientific terms and definitions related to ‘race’, as well as the accurate terms related to evolution and biology.

Race is the idea that the human species is divided into distinct groups on the basis of inherited physical and behavioral differences. Genetic studies in the late 20th century refuted the existence of biogenetically distinct races, and scholars now argue that “races” are cultural interventions reflecting specific attitudes and beliefs that were imposed on different populations in the wake of western European conquests beginning in the 15th century.[1]

As ‘race’ is an imagined concept and is not a biological fact, we put the term ‘race’ in single quotation marks throughout the understanding ‘race’ course.

“By racism is meant any claim of the natural superiority of one identifiable human population, group or race over another. By ‘scientific racism’ is meant the attempt to use the language and some of the techniques of science in support of theories or contentions that particular groups or populations are innately inferior to others in terms of intelligence, ‘civilization’ or other socially-defined attitudes.”[Rattansi, 2007]

“Categorizing” is a normal process of grouping things according to common characteristics, but it becomes “stereotyping” when one adds cultural presumptions to a given category.
Stereotyping in turn becomes “prejudice” when one adds the belief that a categorized group’s presumed characteristics are superior to another’s.
Prejudice can develop into “racism” when it is combined with group social power and becomes systemic.[2]

Ethnicity and culture are related phenomena and bear no intrinsic connection to human biological variations or race. Ethnicity refers to clusters of people who have common culture traits that they distinguish from those of other people. People who share a common language, geographic locale or place of origin, religion, sense of history, traditions, values, beliefs, food habits, and so forth, are perceived, and view themselves as constituting, an ethnic group. But ethnic groups and ethnicity are not fixed, bounded entities; they are open, flexible, and subject to change, and they are usually self-defined. Because culture traits are learned, ethnicity or ethnic traits are transmissible to other people— sometimes easily so, such as the widespread adoption of western dress (jeans and tee shirts) found all over the world.[3]

Organic Evolution is defined as; “The process by which changes in the genetic composition of populations of organisms occur in response to environmental changes.”[4] Or in other words, it is changes in gene frequencies within populations from generation to generation. Charles Darwin created the first scientific theory of evolution by natural selection in 1859 and it was published in in his book “On the Origin of Species”. He demonstrated, by observation, three ideas; that traits vary among individuals in terms of physiology, behavior and morphology, that different traits create different rates of reproduction and survival, and that these traits can be passed down from generation to generation. This process can occur over very long periods of time; sometimes tens or hundreds of thousands, to over millions of years. There are no concepts of planning, progress or goals during this process, but it is a random and natural occurrence in nature. 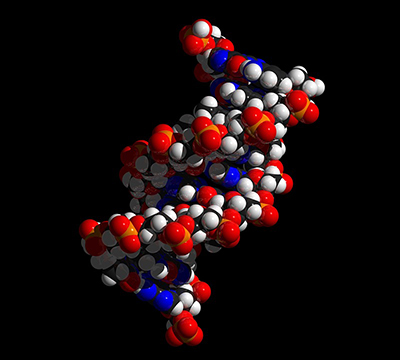 Mutation is the fundamental origin of all genetic change. Mutation is defined as a change in the DNA sequence within a gene or chromosome of a living organism.[5] Most mutations are neutral and do not have much of an effect, neither benefiting nor harming the organism. There can also be deleterious and beneficial mutations. Deleterious mutations can affect the phenotype, decrease the fitness of an organism and also increase the susceptibility to illnesses and disorders. Beneficial mutations can improve the adaptability to its environment and the reproductive success of an organism. These beneficial mutations can be spread and be fixed in a population by way of natural selection processes if they help the individuals within the given population reach sexual maturity and also successfully reproduce. Mutations can be caused by both errors during DNA replication, and by external factors such as radiation and environmental chemicals agents.

Gene Flow, also known as gene migration, is the transfer of genes or alleles from one population to another. This transfer increases variability within a population and it allows for new combinations of traits to take place. When there is a high amount of gene flow between two populations, they are considered to both have equivalent genetic diversity and become a single population, as their genetic differences are minimized. A maintained gene flow prevents speciation, or new species from developing, by combining the gene pools and repairing the genetic differences occurring.

Natural Selection is defined as the process whereby organisms better adapted to their environment tend to survive and produce more offspring. Small variations which prove advantageous to an organism and mainly help it to reproduce, but also survive in certain environments, get passed down to future generations. A point to note about natural selection is that features, for example thermoregulation (the body’s ability to maintain a constant heat), cannot evolve in anticipation of its possible future value (for example, an ice age). Genetic novelties arise initially by chance, but are retained non-randomly according to how they meet emerging challenges.

A Genotype is the entire set of genes in an individual, its genetic makeup, its DNA.

A Phenotype is the observable, physical characteristics and traits of an individual resulting from the interaction of its genotype with the environment. Some examples of human phenotypic expression are height, weight, skin color, hair color, hair texture and eye color.

See Next: 3. Human Evolutionary History: The Development Of Humans 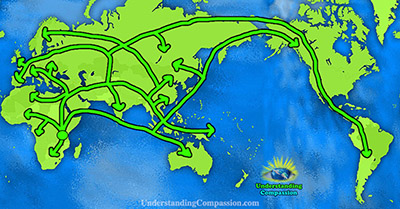