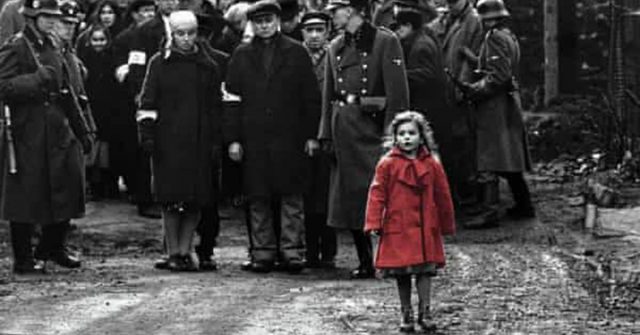 “They’re like animals,” “They’re all criminals,” “They’re dirty,” “They’re rats, They’re vermin.”  Hundreds of Holocaust survivors have devoted their lives to educating others on the dangerous rhetoric and ideas that led what were once kind German citizens to cruelly murder more than six million innocent human beings, whom they labeled ‘Jews’. The survivors have one resounding message for all who will listen: Never let it happen again.

During the Holocaust, Nazis referred to Jewish people as “rats”. The Hutus involved in the Rwandan genocide called Tutsis “cockroaches”. Slave owners in the American south referred to slaves as “subhuman animals”. The process and language used to dehumanize, or to make a human being belonging to a minority seem less human and more animal, is a very dangerous form of racist speech that has caused the cruelty, mass murder and genocide of innocent groups of people in recent history. Holocaust survivors, as well as Holocaust remembrance museums, are very vocal about this point: dehumanizing and racist language is extremely dangerous as it causes societies to inflict violence on innocent people.

“We all know, despite what we see in the movies, that it’s very difficult, psychologically, to kill another human being up close and in cold blood, or to inflict atrocities on them,” explains Dr. David Livingston Smith, an award winning professor at the University of New England who specializes in dehumanization, race, ideology and moral psychology. “So, when it does happen, it can be helpful to understand what it is that allows human beings “to overcome the very deep and natural inhibitions they have against treating other people like game animals or vermin or dangerous predators.”

The Germans during WWII called the Jewish people Untermenschen, which translates to “subhuman”. People know that it’s wrong to kill a human, but they often believe it’s permissible to exterminate a rat. To the Nazis, all Jews, Gypsys, people of color, the disabled and handicapped people were “dangerous, disease-carrying rats.”

These types of dehumanizing ideas are what caused the German people to accept the cruelty, murder and mass death of innocent children, women and men whom they labeled as Jewish. They began by blaming the Jewish people for Germany’s loss of WWI. Newspapers began publishing racist cartoons which had drawings of Jewish people that more resembled goblins, animals and demons rather than human beings. Citizenship was stripped from anyone labeled a Jew, making them illegal immigrants without human rights. Thousands of Jewish businesses and synagogues were repeatedly vandalized, burned and destroyed. Their homes and possessions were taken from them and they were sent to live in ghettos, and later in concentration camps used for mass extermination.

Everyone with an education on racism, and especially Holocaust survivors, are aware of the dangerous warning signs of racist and dehumanizing rhetoric being used, because they understand that these are the ideas have led numerous nations to commit to genocide, which is the complete murder and elimination of the “other”. The end result of racism, is genocide.

At the World Holocaust Remembrance Center in Israel, Yad Vashem, dozens of Holocaust survivors tell their stories to all who will listen of how horrible life was inside of the Nazi concentration camps. They explain how specific dehumanizing and violent rhetoric in Germany led to them being imprisoned in concentration camps, and led to their families being murdered.

It’s important to remember that “illegal immigrant” is simply a dehumanizing label applied to poor families: children, women and men, who are trying to escape crime and poverty by coming to America.

The following are examples of dangerous racist rhetoric being used in the 21st century:

Calling poor families from Mexico animals:
“We have people coming into the country, or trying to come in — and we’re stopping a lot of them — but we’re taking people out of the country. You wouldn’t believe how bad these people are. These aren’t people. These are animals.”
~Donald Trump 2018.

Claiming poor non-white people are dirty:
“Why are we having all these people from shithole countries come here?”
~Donald Trump 2018.

Claiming that people from Mexico are criminals and rapists:
(It’s important to note that according to the Department Of Justice’s statistics, 99.99% of illegal immigrants do not commit crime)
“When Mexico sends its people, they’re not sending their best. They’re bringing drugs. They’re bringing crime. They’re rapists.“ ~Donald Trump 2015.

Demonizing innocent Mexican families:
“Mexico is not our friend. They’re killing us at the border.” ~Donald Trump 2015.

Derogatory references to black men protesting racism:
“Get that son-of-a-bitch off the field right now. Out!”
~Donald Trump 2017.

Referring to marching Nazis as good people:
“There were very fine people on both sides.”
~Donald Trump 2017.

The dangerous rhetoric Donald Trump uses, according to his family and to Ivana Trump in a Vanity Fair interview, is based on his extensive knowledge of studying Adolph Hitler’s speeches. Ivana Trump explained in the interview that Donald Trump regularly reads and keeps a book of Hitler’s speeches by his bedside, and it’s apparent that much of the language Trump uses during his own speeches has roots in Hitler’s persuasive propaganda. One of the most well known being Donald Trump’s conscious effort to repeat false or misleading statements three or more times within a short period of time while he is talking, rather than just once. This form of psychological repetition is known as ‘The Big Lie’, a term coined by Adolph Hitler, and explained in the following quote by Paul Joseph Goebbels, the Reich Minister of Propaganda of Nazi Germany:

“If you tell a lie big enough and keep repeating it, people will eventually come to believe it. The lie can be maintained only for such time as the State can shield the people from the political, economic and/or military consequences of the lie. It thus becomes vitally important for the State to use all of its powers to repress dissent, for the truth is the mortal enemy of the lie, and thus by extension, the truth is the greatest enemy of the State.”

As we hear dangerous and dehumanizing racist language in the 21st century, it’s important that we recognize it for what it is, that we reject it, and that we support the innocents who are being targeted and demonized by such dangerous and racist language. Poor mothers and children from Mexico who are trying to escape hunger, poverty and violence do not deserve to be dehumanized, discriminated against, abused or attacked, just as innocent Jewish mothers, children and fathers did not deserve to be murdered in Germany.

Let’s come together and welcome the stranger. Let’s love our neighbors, especially our direct neighbors from Mexico. Let’s choose love over hate. Let’s remember that illegal immigrants are human beings who deserve just as much love and care as we do. Together we can end racism, and truly love one another.

Kind Teenage Cashier Paid For Family’s Meal In Drive Through When Mom Realized She...