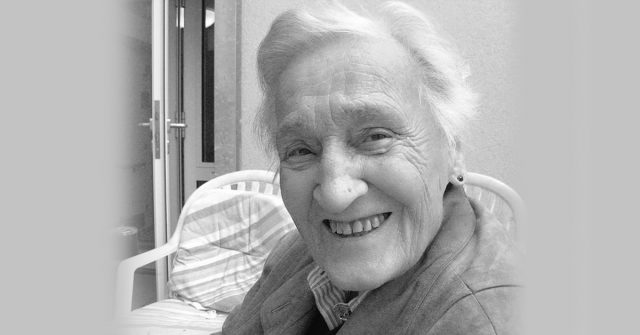 Aging is a wonderful gift to enjoy, and it is a privilege denied to many. Yet it’s normal to feel sensitive when observing the small signs of the aging process: wisdom highlights (grey hairs), bodies that were once toned and fit becoming a little saggier, and cute wrinkles on the face showing years worth of big smiles.

As many of us are looking to slow down the aging process and enjoy life a bit longer, an interesting study conducted by neuroscientists may have finally found a way.

According to a study published in Frontiers in Human Neuroscience Journal, people who are physically active can slow down their brain’s aging process. The neuroscientists involved in the study explain that dancing is the most effective physical activity.

In their study, neuroscientists found that two different types of physical activity, dancing and endurance training, both increase specific areas of the brain that tend to decline as we age. Yet dancing was rated the best activity to engage in as it also lead to noticeable improvements in balance.

“Exercise has the beneficial effect of slowing down or even counteracting age-related decline in mental and physical capacity,” says Dr. Kathrin Rehfeld, lead author of the study and based in the German center for Neurodegenerative Diseases, Magdeburg, Germany.

“In this study, we show that two different types of physical exercise (dancing and endurance training) both increase the area of the brain that declines with age. In comparison, it was only dancing that lead to noticeable behavioral changes in terms of improved balance.”

This difference was attributed to the extra challenge of learning dancing routines.

The study had 52 healthy participants aged 63–80 years and they were randomly assigned to either the experimental dance group or the control sport group.

The dance classes included dance lessons with a constant change of choreography, which participants then had to memorize and remember. The sports group consisted of strength training, endurance training and flexibility training.

After 18 months, the brains of participants in both groups were examined, and there were some interesting findings: Both groups showed an increase in the volume of the hippocampus region of the brain, which is responsible for memory, balance and learning, and is specifically prone to age-related decline.

But only participants in the dance group showed volume increases in additional subfields of the left hippocampus, namely the subiculum.

“Dancing seems a promising intervention for both improving balance and brain structure in the elderly. It combines aerobic fitness, sensorimotor skills and cognitive demands while at the same time the risk of injuries is low,” the study reported.

The study concluded that, “Dancing constitutes a promising candidate in counteracting the age-related decline in physical and mental abilities.”

While scientists know that physical exercise can combat age-related brain decline, this study shows that dancing specifically, when integrating regular changes in choreography, is superior to endurance, strength and flexibility training in terms of slowing down the aging process.

Dr. Rehfeld explains, “We tried to provide our seniors in the dance group with constantly changing dance routines of different genres (Jazz, Square, Latin-American and Line Dance). Steps, arm-patterns, formations, speed and rhythms were changed every second week to keep them in a constant learning process. The most challenging aspect for them was to recall the routines under the pressure of time and without any cues from the instructor.”

Dr. Rehfeld and her colleagues have continued building on this research and are developing new fitness programs that can provide the maximum anti-aging effects possible for people.

But what if I can’t dance?

For those of us who have two left feet and no sense of rhythm, the first step and key to dancing and slowing down the aging process is simply enjoying the movement of your body and not worrying about how you look while dancing. It helps to close your eyes, and pay attention to the way your own body moves and the way your own energy expresses itself. Music has many therapeutic benefits, including increasing happiness levels and lifting the spirits, so maintain focus on the joy you feel while dancing rather than what another is thinking about you (they are likely only going to be cheering you on and supportive).

Dr. Rehfeld explains:
“I believe that everybody would like to live an independent and healthy life, for as long as possible. Physical activity is one of the lifestyle factors that can contribute to this, counteracting several risk factors and slowing down age-related decline. I think dancing is a powerful tool to set new challenges for body and mind, especially in older age.”

If you need some inspiration, take a quick look at this video of Nellia (64) and Dietmar Ehrentraut (70) doing a little dancing to inspire you:

A new trend of seniors taking dance classes has begun, so if you see one in your area that you are interested in, give it a try and enjoy staying young for years to come!