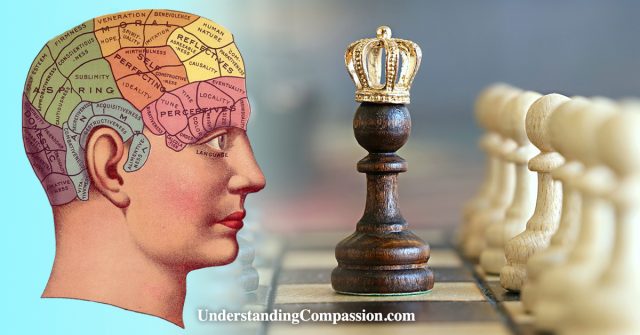 During previous eras in human history, people believed that talents could only be “God-gifted.” They thought that people were born with a certain level of intelligence, and that was it. As science and every study has shown, intelligence is not something we are born with, but rather something that is developed through education, and any person regardless of nationality, ethnicity, height, weight, skin color or physical stature can achieve the same levels of intelligence.

Science has shown us that we can fine-tune our intelligence and augment our capability. Integrating new habits and skill-sets into our daily lives helps the brain build neural pathways that benefit its functioning.

Here are 7 hobbies that increase your intelligence level according to science:

Studies suggest that regularly playing a musical instrument leads to changes in the shape and functional ability of the brain. This also can be used as a therapy to enhance cognitive skills.

“Learning to play a musical instrument has definite benefits and can increase IQ by seven points, in both children and adults. We found that even in people over the age of 65 after four or five months of playing a instrument for an hour a week there were strong changes in the brain. The parts of the brain that control hearing, memory, and the part that controls the hands among others, all become more active. Essentially the architecture of the brain changes.

For children especially we found that learning to play the piano for instance teaches them to be more self-disciplined, more attentive and better at planning. All of these things are very important for academic performance, so can therefore make a child brighter. Of course music isn’t the only answer, but I do believe that it should be used in addition to other things.”

This hobby provides strength to the corpus callosum which links the two hemispheres of the brain, leading likely enhanced memory, skill in execution and overall brain functioning.

It’s no mistake that many of the world’s most monetarily successful individuals read novels and books in the fiction category. Research suggests that it indeed makes people smarter.

The founder of Tesla, Elon Musk, says that reading novels such as the ‘Lord of the Flies’ and ‘Fountain’ helped to shape his worldview. Bill Gates is also known for his wonderful habit of reading as many books as he can, and he always includes a novel during his semi-annual book recommendations.

“If ‘smarter’ means having a larger vocabulary and more world knowledge … then reading may well make people smarter,” psychologist Keith Stanovich writes in the U.S. National Library of Medicine National Institutes of Health. He adds that the data supports this finding time and time again.

Reading serves as a way to calm and sooth the nerves. It also affects three areas of the brain; the crystallized, fluid and emotional. It helps in stringing together information, solving and navigating problems, recognizing patterns and in understanding other human beings from their perspectives on life.

The key word in this is ‘regularly’. A study on the acute bouts of physical activity and their effect on the cognitive performance of adults which found that submaximal aerobic exercise performed for periods up to 60 minutes facilitates specific aspects of information processing; however, extended exercise that leads to dehydration compromises both information processing and memory functions.

If we consistently incorporate exercise into our weekly routines, we can increase the brain’s cognitive performance. Choosing to walk, run, or do push-ups only once every month on the other hand will likely not yield favorable results.

Exercising regularly improves memory, charges cells with BDNF, and can help in the areas of concentration and understanding.

Rather than relying solely on crossword puzzles and sudoku to maintain your mental functions, try learning a new language! Studies have found that people who speak more than one language are not only better able to solve puzzles, but this habit protects the brain against aging and can increase their intelligence.

Psychologists have found that they allow the brain to organize the information stored within a bit better. They can help us see the causal relationship of emotions and thinking and can also hone our cognitive skills quite effectively.

Neuroplasticity, for example when involved in cases of tinnitus, can help individuals to relieve symptoms of stress and depression.

Most of us are familiar with the current strategy of many students today: memorizing seemingly endless pages of information before an exam, and then forgetting it shortly thereafter.

Yet when we learn a new language for example, we have to constantly practice the vocabulary and the grammar, giving us extended learning through repetition. This step in increasing intelligence involves testing your current cumulative learning habits and seeing if it is effective in the long-term, not just the short-term. Cumulative learning includes many intelligent techniques, such as posting daily notes in a visible area or carrying them in your pocket to review later, or other forms of repetition style learning where you learn the information multiple times and it becomes solidified as memory.

The scientist Richard Davidson conducted an experiment related to neuroscience and emotional intelligence on the Dalai Lama and his fellow compassionate monks by hooking them up to MRI machines and studying their brains. He found that, “the best way to activate positive-emotion circuits in the brain is through generosity,” Davidson, who founded the Center for Investigating Healthy Minds at University of Wisconsin, Madison reported.

“This is really a kind of exciting neuroscientific finding because there are pearls of wisdom in the contemplative tradition—the Dalai Lama frequently talks about this—that the best way for us to be happy is to be generous to others. And in fact the scientific evidence is in many ways bearing this out, and showing that there are systematic changes in the brain that are associated with acts of generosity.”

Davidson and his colleagues ran a simple experiment on eight “long-term Buddhist practitioners” whose had spent on average 34,000 hours in mental training and meditation. They asked the subjects to alternate between a meditative state and a neutral state in order to observe through the MRI how their actual brains changed. One of the monks explained his meditative state as, “a state in which love and compassion permeate the whole mind, with no other consideration, reasoning, or discursive thoughts.”

“When we did this, we noticed something remarkable,” Davidson said. “What we see are these high-amplitude gamma-oscillations in the brain, which are indicative of plasticity”—meaning that those brains were more capable of change, for example, in theory, of becoming more resilient. The researchers also found in MRI scans of monks that a region of the brain known as the anterior insula was activated.

Bill Gates Is Leading A Movement Of Billionaires To Donate Their Fortunes To Charity...