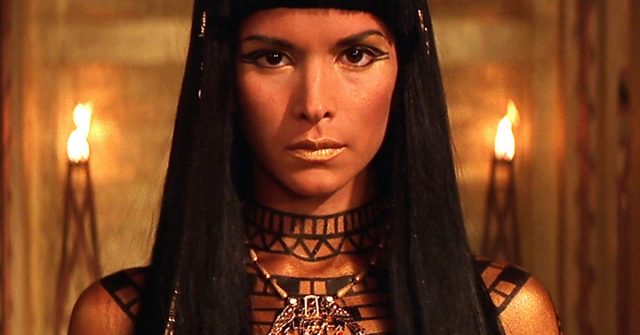 The Egyptian Zodiac is also divided into 12 signs, yet the dates and meanings associated with each sign is a bit different from what we usually refer to today. The signs were not connected to astrological signs, but rather to different gods from Egyptian mythology.

Each deity associated with a sign was a protector of those born within its timeframe. They believed that one’s destiny and personality were based on which sign they belonged to.

Here’s what the Egyptian Zodiac Signs say about your life:

The Nile is the only sign which is not associated with a deity, but rather the river of life which flowed through Egypt, the Nile. This sign represents new beginnings and fresh starts. Those born under this sign are passionate about life, following their hearts and making the most out of what they are given. While considered slightly impulsive at times, their wonderful and kind energy gives life to those around them, and it’s not uncommon for them to be popular among friends.

Compatible with: Amon-Ra and Set

The second sign of the Egyptian Zodiac is Amun-Ra. Amun-Ra was one of the most well-known Egyptian deities, even coming to be worshipped outside of Egypt as far as Greece, where Amun became translated as Zeus Ammon, and then just Zeus of Greek mythology.

Those born under this sign are natural leaders. They have a magnetic confidence and people are naturally drawn to follow them. They find success in encouraging and helping others, being able to inspire world change and shine love on all who they encounter.

Compatible with: The Nile and Horus.

Mut is the symbol for nurture, caring and mother. Those born under this sign are great supporters and parents. Unconditional love is their strongest trait, making them great mentors and healers. Also known for their practicality, careers in nursing, teaching and law. Their greatest potential exists in extending their love to encompass those around them in their communities. Their decisions of love tend to help people better than any other sign.

Compatible with: Amon-Ra and Thoth.

Those born in the sign of Geb are naturally inclined to be kind-hearted and sensitive. Gifted with strong intuitions and empathic abilities to understand, their feelings are often easily affected by others. They care deeply for the environment, and value to preservation of nature.

Compatible with: Set and Horus.

Those born under the protection of Osiris usually have two sides to their personalities; confidence and vulnerability. The confident side has the drive and motivation to do whatever it takes to reach their dreams, and the vulnerable side comes from them living with hearts wide open. Sometimes hurt easily, they are some of the most loyal people we can meet. They are naturally resilient and can comeback after any temporary setbacks.

Compatible with: Isis and Thoth.

People born under the sign of Isis tend to be direct and straightforward. They don’t beat around the bush when it comes to important matters, and they’ll also courageously protect the ones they love. They have a natural enjoyment of life, and their high energy levels are fun to be around. It’s in their nature to be dependable.

Compatible with: Osiris and Thoth.

Thoth was known for his wisdom, and people born under this sign are great problems solvers and are able to ‘see between the lines’ when it comes to just about anything. They often remember everything, and are fast learners. While being highly intelligent and gifted, they desire love above all else. When they become full of love themselves, the true genius of their minds is released.

Compatible with: Bastet and Isis.

These people are naturally gifted with courage and bravery. There’s no such thing as failure to those born under the sign of Horus, as they know failures are really just challenges that they learn and grow from that lead them to the next level. Not afraid of taking well calculated risks in order to achieve what they desire in life, their optimism leads them to believe in successful results. When showing courage for the sake of helping others, they are great sources of inspiration.

Compatible with: Bastet and Geb.

Those born under the sign of Anubis tend to be lovers of peace who enjoy spending time in solitude. Their introspective natures help them to master the inner landscape of their thoughts and feelings, and they tend to be able to remain calm even during trying circumstances. Others sense the feelings of calm and peace when around them, making them wonderful friends to counsel during stressful times or times of need. While not usually motivated to teach others, what they have to say is quite valuable.

Compatible with: Bastet and Isis.

Those born within Seth’s sign live in the moment and fully take advantage of life’s opportunities. They love to travel and would rather be seeing new sights and exploring than stuck in one place. Open-minded and receptive to new ideas, they make great business partners and creative artists. They tend to benefit those around them each new place they visit as well, leaving sweet memories behind.

Compatible with: Geb and The Nile.

A post shared by Understanding Compassion (@understanding_compassion) on Mar 23, 2018 at 9:27pm PDT

People born under the sign of Bastet are intuitive and bright human beings. They can sense what is going on with other people before they are told, and sometimes give much needed help before even being asked. Balance is a key focus for them, and while able to see deeply into life, also need to keep part of their focus on themselves. Topics related to the universe and metaphysics are often of great interest.

Compatible with: Sekhmet and Horus.

Those born under the sign of Sekhmet are stable and grounded individuals. Their kind nature and solid foundation allows them to be able to do well in positions of authority. While being perfectionists, they expect a lot from others. When they are able to embrace gentleness and their heart’s natural sweet essence, the groups they lead can be of great benefit to the world. They just need to remember to stay in their hearts.

Compatible with: Bastet and Geb

See Also: Check Out Which Greek God Or Goddess You Are According To Your Zodiac Sign

Kind Plumber Fixed The Boiler Of A 91-Year-Old Terminally Ill Woman, His Bill: $0