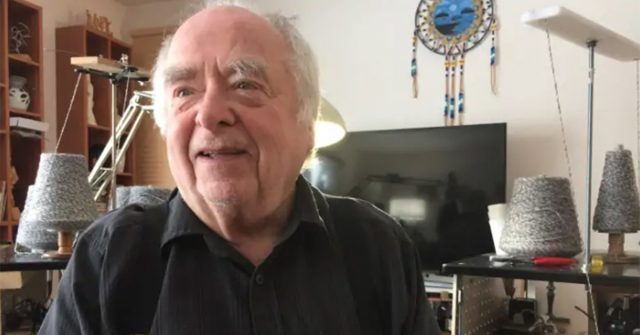 ‘If you want to help yourself, help somebody else.’

What started as a dare turned into a beautiful tradition of compassion, as Bob Rutherford of Saskatoon Canada now leads the way in personally making thousands of socks for the homeless across Canada.

Rutherford’s friend didn’t believe that he could make a cheap knitting machine that worked fast, so the 88-year-old got to work and used used sewer tubing to put together two super-powered machines.

“It could be knitting at 90 stitches a second,” he proudly said.

Rutherford goes through large amounts of yarn while making his socks. His son Scott helps him fundraise for the wool and Custom Woolen Mills near Calgary also donates hundreds of kilograms of wool for the charitable cause of loving socks for the homeless.

Rutherford and friends have made over 10,000 pairs of socks with their sewing machines for shelters in Saskatoon and across the country.

How do they do it?

Bob explains it rather simply: “The wool comes in the door and I knit it.”

He started making the socks seven years ago.

“When my wife passed away in 2010, I felt the loss that everybody feels and had nothing to do,” said Rutherford.

“[My son] said to me, ‘If you want to help yourself, help somebody else.'”

He calls their living room operation “Socks by Bob.”

Rutherford emphasizes that the socks aren’t only his doing — he also has help of a few good friends.

George comes in weekly to help cut the long tubes of wool into socks.

“Bob and I yak about things. And he’s very good company,” said George.

In just the past year alone, they’ve made more than 2,000 pairs of socks for the homeless.

“I think everybody has to have this. I think people have to reach out and touch other people. And I can do this by touching the socks,” said Rutherford.

Rutherford explained that making socks for those who are less fortunate has given him purpose in life.

“There’s a lot of us, as we grow older, we sit at home and look at the wall with nothing to do.

“And Socks by Bob has given me that something to do,” said Rutherford.

If you have some spare time, consider starting a small and enjoyable project to help the homeless in your area, we dare you :).

A post shared by Understanding Compassion (@understanding_compassion) on Jun 25, 2018 at 7:09pm PDT 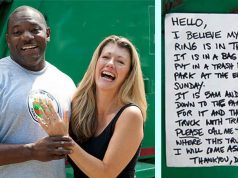 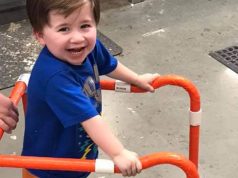 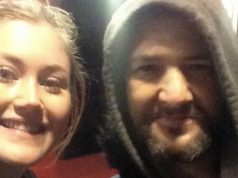 A Fifth Grade Teacher Found This Thoughtful Thank You Note From His Student; Thousands...