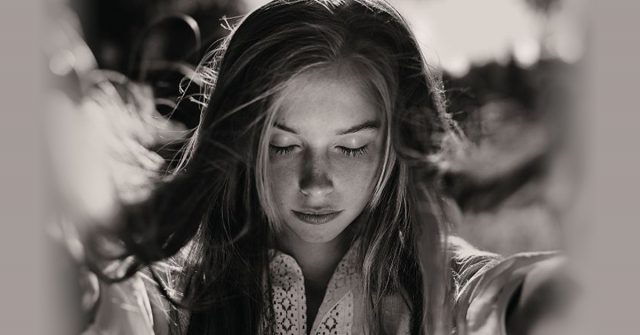 Worthy of reading and sharing among your friends.

Laurel Thatcher Ulrich once said that “Well-behaved women seldom make history,” and those words have been printed on paper and typed onto the internet millions of time ever since. While it’s easy to interpret this phrase to mean whatever you want, the original meaning is meant to celebrate women who choose to be defined by their courage, who are not confined by “appropriateness”, and who help to make this world a better place by being bolder and more creative than others.

Read the following list to find out just how strong and amazing alpha-women really are.

1. They Cultivate A Life They Actually Enjoy Living

Whether single, dating, or in a relationship, alpha-women commit to following their hearts and living a life they love. While trying new things that may be of interest can be uncomfortable at first, they push themselves to take that yoga class, to book that trip they’ve been imagining. Self compassion is a top priority, and they take care of themselves by making sure their needs are met. They understand that even if they’re choosing to wait for a special someone to enjoy an experience they’ve always been dreaming of, that life and time won’t wait for them, so it’s better to do it now.

2. They Make Their Move

Whether it’s walking up to a stranger and offering help or doing a random act of kindness, asking for a raise at work, making an offer on a new apartment, or taking part in some much needed community charity, fearless and bold women take chances and know that going after what they want is more important than the risk of hearing ‘no’. Staying on the sidelines and waiting for someone to bring them the life that they desire or the world they want to see is something that they’ve learned happens too rarely, so it’s best to step up and to make it happen themselves.

3. They Don’t Put Themselves Down

Not many women or men are absolutely and completely happy with their their looks or their lives all the time, but fearless alpha-women have learned to love and accept themselves for who they are. Meditation, yoga, reading, and self-learning have grown their self-compassion to where they genuinely and healthily love themselves; the good, the bad, everything. They don’t compare their bodies or their personalities to the unnatural super beauties constantly displayed on TV and in magazines to sell products and movies. Self-criticism, comparing, and anything that would contribute to an unhealthy self-image has been replaced by unconditional self-acceptance and truly honoring the real person that they are.

4. They Don’t Need A Boyfriend But They’re Open To Having A Partner

Alpha-women do not fear being single and are not waiting for a knight in shining armor. They have enough going on in their lives by working on their passions and following their hearts in their careers, that they aren’t looking for a savior through relationship. They genuinely value having people in their lives who help them grow and support their passions, and when they meet someone who accepts, respects and adds value to their life experience, they are happy to spend time with them.

Alpha-women understand the difference between thought and action; that thoughts create good ideas, but that action creates results. They don’t waste time wishing past circumstances had turned out differently, but instead focus on the lesson learned, and use that knowledge to move forward to create a brighter future.

6. They Call People Out

If witnessing someone bullying, belittling or emotionally abusing themselves or another, they stand up for what is right and confront the person by setting boundaries. While kindness and compassion is her true nature, no one is being served for love when someone is being harmed emotionally, physically or in any form, and she isn’t afraid to stand up for what is right, even if she stands alone.

7. They Know When To Walk Away

In all of their relationships, bending over backwards beyond their own boundaries of self-respect is not an option. Her strength and independence allows her to walk away when others are not reciprocating and to seek people and situations that will return the same amount of energy that she gives.

While text messages and emails have their place, they appreciate having real conversations face to face. Meaningful conversations and genuine smiles are often left out when only communicating for long periods of time digitally. She knows that in-person meetings are the best for successful relationships, and that a real partner will make time to do this.

9. They Give Themselves A Real Chance To Meet Someone

Bold women know that dating apps and swiping right or left is more for finding a physical only relationship and less meaningful and effective for meeting a genuine partner who desires intimacy. Rather than spending time online, they go to places of interest; bookstores, art galleries, music festivals, anywhere where real human interaction can occur and is likely to have people with similar interests.

10. They Don’t Pretend They’re On An Episode Of “The Bachelor”

Besides being a scripted style show that decides its matches based on ratings rather than love, television romance and competing for a man’s attention is not something fearless alpha-women pursue.

12. They See Themselves As An Investment

They are proud of themselves and their achievements, and really take care of their bodies and their education. Classes, gym memberships, books, everything that helps them to stay healthy and to grow as a person is worth both the time and the money.

13. They Won’t Be Victimized

They know that sometimes life and people can let them down, but they accept 100% responsibility for their lives, because they know that good change comes from themselves, and not another. The energy spent on blaming and expecting things from others is the needed energy to be used for doing something productive towards their goals, and maintaining a healthy emotional state is being free from having a life that is under the control of another’s decision.

Whatever “it” is, they think things through and take action towards achieving it. Creating their happiness by manifesting their heartfelt desires is more important than the uncomfortable feelings felt by taking action.

15. They Would Never Put Their Lives On Hold To Accommodate Someone Else’s Idea Of Who They Should Be

Their seat is the driver’s seat, not the passenger’s. They confidently drive towards the direction of their dreams.

Kind 10-Yr-Old And Friend Helped Hospital Doctors And Nurses By Cleaning The Snow Off...