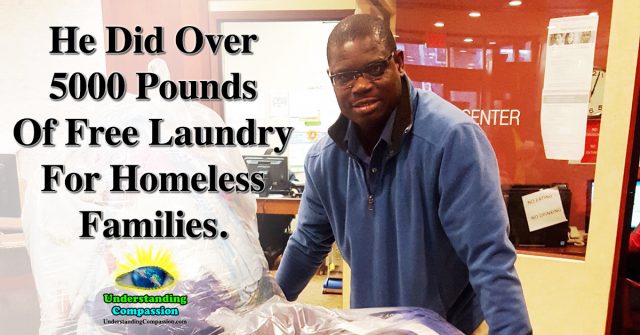 A laundromat owner offers a new spin on how to help the homeless.

Van De Cruze, a former social worker, did roughly 5,000 pounds of laundry after hours between March 28 and 31 for 75 shelter residents living in The Landing — a nearby family homeless shelter, run by the nonprofit CAMBA, which provides services to people in need.

He even picked up and dropped off the loads of laundry.

He said the act was “in the spirit of Easter” and this is the first time he has done something like it.

“As a Christian, I’ve been taught to do good works,” Van De Cruze said. “During my devotions one morning, the thought came to me to do this.”

According to a press release by CAMBA, Van De Cruze’s idea was inspired by the challenges he saw his homeless patrons face on a regular basis. They have to walk long distances with heavy loads and young children, and the cost of doing laundry is a burden on these families. As a former social worker, he immediately recognized these challenges and wanted to offer practical help.

“Normally I spend almost $30 on laundry weekly, which has to come from my PA income,” Catina B., a resident of The Landing, explained. “And doing laundry with a 3-year-old is always difficult for both of us. This (donation from Mr. Bubble’s) means that this week both she and I won’t have to go through that — and I will be able to save this $30 for something else.”

And sometimes that something else, isn’t a luxury, it’s a basic necessity.

“We had to save as much money as we could for food, travel, diapers and other necessities,” Amber, another resident of The Landing, said in a statement. “I was washing our clothes in the bathtub to save laundry money.”

Amber, her husband and their son had to move into The Landing after her father died and his house, where the family was living, was sold.

“I am so grateful for the burden that this lifted — you feel like you are a little bit more of a ‘somebody’ when you are wearing clean clothes,” she said.


Pope Francis was recently inspired to open a free laundromat for the homeless as well. The laundromat is within walking distance to the Vatican, is open four days a week, and all of the machines are free to use.

The struggles the homeless face on a daily basis are too difficult for most of us to imagine; being hungry, feeling too cold or too hot, unable to shower or get clean, feeling unloved, having no family to help, having no one to talk to. If you can find it in your heart to remember to love the least of us in society who are struggling, by helping with lunch, some spare change, a new pair of socks or even just a genuine smile of love, your every act of kindness helps to lift the spirits of those who need it the most. 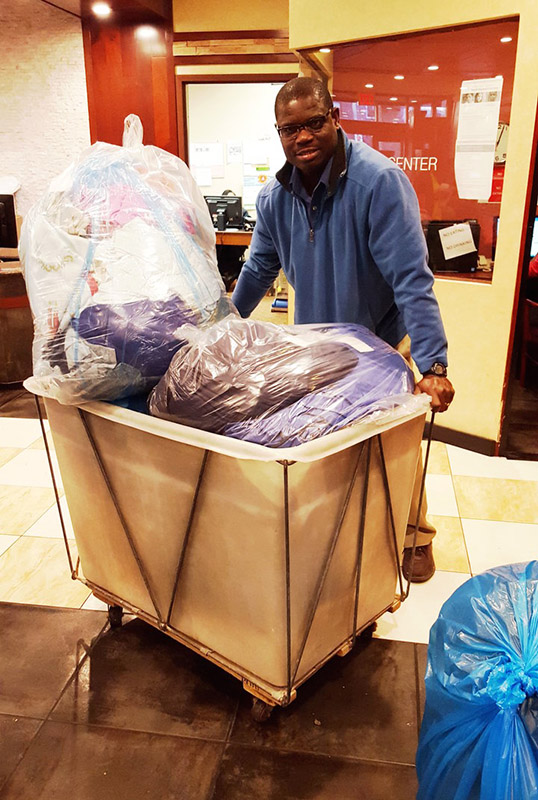 Instead Of Buying A Yacht, He Decided To Pay For 26 Kindergartners To Goto...