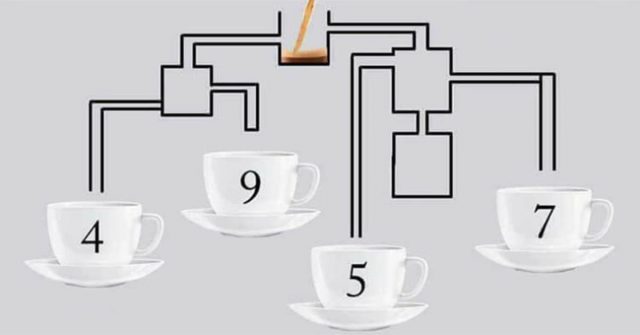 This riddle is causing celebrities, students and teachers alike a bit of confusion and deep thinking as everyone tries to figure out which cup of coffee fills up first.

Everyone seems to have a different opinion, and tens of thousands of people online have been struggling to find the right answer when it comes to gravity and architecture.

The picture shows a pot of coffee being poured into a series of pipes.

There are five separate cups of coffee underneath. The riddle is to try and find out which cup of coffee will be completely filled first.

The picture first appeared on Twitter, where thousands of people were stumped and could not agree on an answer, and since has spread all over the world.

Several people discovered the correct answer and were able to reach an agreement with everyone.

Can you figure out which cup of coffee gets filled up first without looking at the answer below? 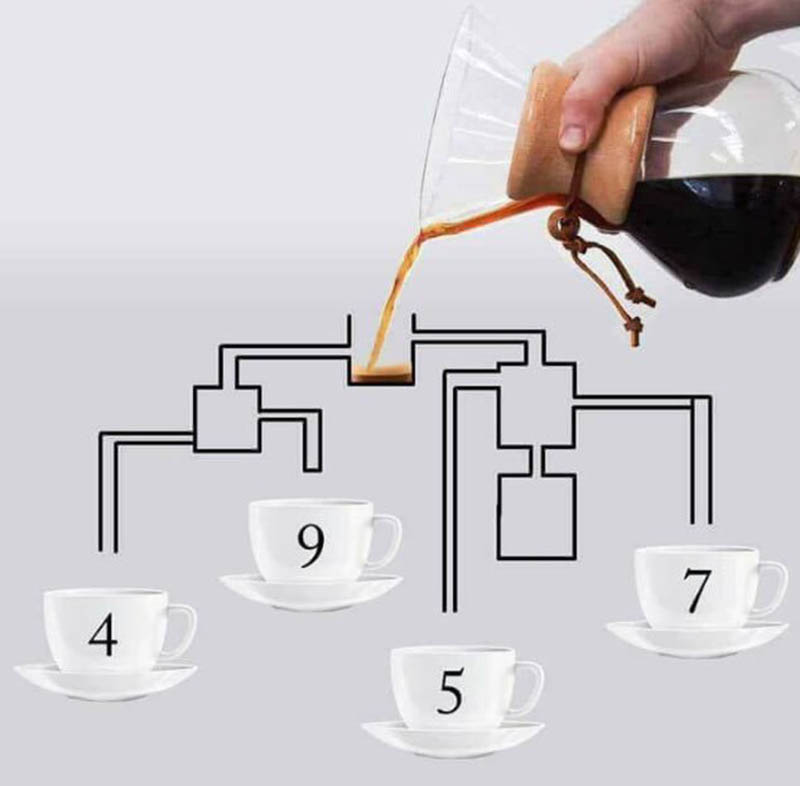 Have you made your decision?

It may be different than your first guess!

A post shared by Understanding Compassion (@understanding_compassion) on Apr 22, 2018 at 9:36am PDT


After thousands and thousands of guesses, the correct answer was discovered to be cup #5.

We hope you enjoyed this puzzle.

Have a beautiful day. You are loved.