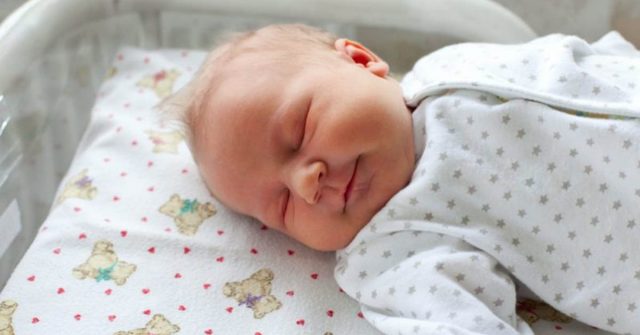 “Hugs Matter! One hug from the right person takes all your stress away.”

We all love hugs, especially our children, and new research has shown yet another benefit to sharing a warm hug with those you love. The loving affection a baby receives through the touch of a hug triggers their developing brains to grow, and helps them become smarter.

The Nationwide Children’s Hospital in Ohio examined 125 babies, both born preterm and full-term, and analyzed how gentle physical touch affects their developing brains. They were able to study the development of cognition, perception and social development of babies who receive warm hugs.

A post shared by Understanding Compassion (@understanding_compassion) on Apr 2, 2018 at 12:25am PDT

Lead researcher Dr. Nathalie Maitre explains that the natural response of nurturing your child through body contact, hugging or rocking them in your arms makes a significant and positive impact in the development of their brains.

“Making sure that preterm babies receive positive, supportive touch such as skin-to-skin care by parents is essential to help their brains respond to gentle touch in ways similar to those of babies who experienced an entire pregnancy inside their mother’s womb,” Dr. Maitre said.

Oxytocin is a hormone that acts as a neurotransmitter in the brain. Discovered in 1906 by Sir Henry Dale, oxytocin has been linked to many human behaviors as well as physical and emotional benefits. It is released in high amounts during childbirth, allowing the uterus to contract and milk to eject during breastfeeding. This hormone is also active in the regulating of social behaviors, such as interactions with others and bonding with loved ones. Both of these are very important when it comes to reproduction and caring for our children. The large release of oxytocin helps mothers to instantly bond with their children, which evolution has shown to be very useful by allowing humans to survive. Oxytocin is also referred to as “love molecule” due to its role in reproductive and maternal behaviors.

Social bonding has played a critical role in human survival for a few reasons. The first is because groups tend to survive easier than individuals, so having social bonds allows for groups to exist. The second is that social bonding helps to facilitate reproduction and also improves brain development by reducing the emotions of stress and anxiety. Over the course of human evolution, group exclusion could have lead to developmental and physical disorders, decreasing chances for survival.

Humans are naturally social and social isolation is not an instinctual behavior for us. Oxytocin is able to create feelings of trust which promote social bonding and the creation of emotional relationships.

Oxytocin is also released during the physical touch of a hug. When a mother cradles and hugs her child, and breastfeeds, the release of Oxytocin stimulates and strengthens the bond between them. Lack of hugging on the other hand can negatively affect a child’s inner feelings of self-esteem and confidence.

Studies done on animals have shown that when mothers are stressed during pregnancy, higher levels of anxiety are observed in the offspring during life. While it’s hard to measure this in terms of humans, it’s likely that the same is true, making it all the more important to have positive bonding experiences with children by hugging and showing affection.

Positive social experience and maternal bonding is the basis for a child’s healthy emotional and social development and is linked with increased resilience during stress. Higher Oxytocin levels in mothers has been linked with increased mother-infant bonding, and by hugging your child daily the increase in Oxytocin can lead to reduced stress and healthier relationships between parent and child. Hugging also reduces the risk of potential later in life social deficits a child can experience.

So in short, be sure to give loving, gentle hugs, and be generous with how often you give them. 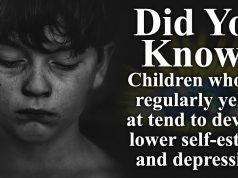 15 Loving Quotes For Your Son

Can You Solve This Math Question Within 2 Minutes? (Answer Within)

She Rescued This Starving Boy Who Had Been Labeled A Witch, And He’s Making...

Kind Man Shares His Lunch Each Week With Homeless Woman And...

February 9, 2020
POPULAR CATEGORIES
All rights Reserved. All trademarks and service marks are the property of their respective owners © Copyright 2017 - Understanding Compassion
Understanding Compassion uses cookies to help us provide, protect and improve our site. By viewing, you agree to our Privacy PolicyOk