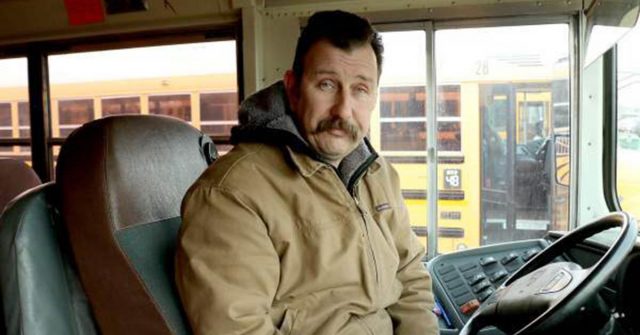 A student was crying when he boarded John Lunceford’s school bus. John noticed how red the student’s exposed hands and ears were after he’d waited for the bus in the freezing temperatures that morning.

John knew in his heart that he wanted to do something to help this boy, so immediately after dropping his bus full of students at school, he headed to a dollar store. There he bought ten warm hats and ten sets of gloves, in both black and pink, and headed back to school.

He didn’t know the student’s name, so he asked an administrator and he was able to help him find the struggling boy. They found him in the library with his class and John handed a hat and pair of gloves to him.

“I’m a grandfather, you know,” Lunceford says. “No one wants a kid to suffer like that.”

He told all the students in the school’s library that if they were on his route and didn’t have hats or gloves, he’d take care of them.

“There was a little girl who said ‘I don’t have a hat,’ and I said I’ll take care of you, sweetie,” John said.

Winters can be quite cold, so families need to remember to send their children off each day wearing heavy coats as well as hats and gloves or mittens.

John’s beautiful caring heart showed that no little one should be suffering, and out of his own free time and his own pocket, he paid for new gloves and a warm hat for a very grateful student.

He was also able to give warm gear to other students in need, and now keeps a regular supply of extra warm clothes for cold students he drives to school

Kinnewick school district was so inspired by John’s act of kindness that they setup a donation for Kinnewick children in need where such items as hats, gloves, coats, and shoes, can be donated and will be matched by the district, doubling the donations. To Donate, you can go here.

If you have extra clothes laying around your house, or are sitting unused for long periods of time in storage or a dresser, consider donating them to charity and being the change that we need to see in the world. Your kindness will surely be appreciated by those who are unable to afford new clothes.

See Also: Kind Bus Driver Let A Cold Homeless Man Stay On Her Bus For 6 Hours, Bought Him Dinner And Found Him Shelter

A Teacher Ran Out Of Days Off To Stay With His Cancer-Stricken Daughter, So...

From Survivor To Thriver: 8 Key Elements To Heal From Domestic Violence

Kind Young Man Stopped His Car To Give A Homeless Man...