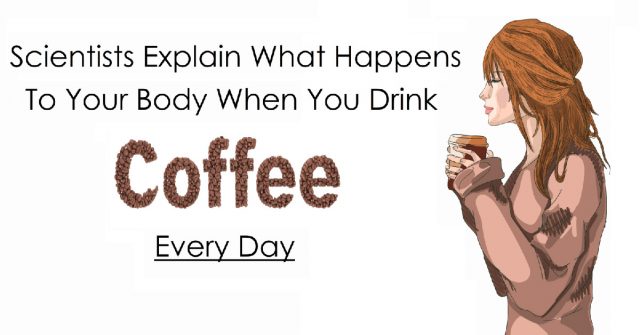 Most of us drink coffee as a way to feel awake, energetic and focused. Coffee is one of the most popular beverages on the planet, and it provides many people with the energy and sanity they need to make it through their day. While we assume that it’s an unhealthy drink, there are actually some surprising and interesting health benefits that come from drinking coffee every day.

The benefits come from drinking pure, organic black coffee, and are limited when adding cream or sugar to your morning beverage. Make sure to always select an organic option if you have one, and avoid artificial flavoring, as these additives also limit the associated health benefits.

So, is it possible that coffee is somewhat good for you? After you’ve read the following list, you might feel even better about your coffee addiction and enjoy this morning delight in a whole new way.

1. It Increases Your Metabolism

The energy increase you get from drinking coffee is probably why the drink is so popular in the first place. Opening the blood vessels in the brain from a bit of natural caffeine does the trick for most people in becoming awake and alert and ready to face the day. While the energy doesn’t last for the whole day, it can certainly help us start our morning.

Interestingly enough, the benefits of drinking coffee can actually be extended to other areas beyond waking up in the morning. Studies have shown that coffee is an ideal way to boost one’s metabolism after a hard workout. The Journal of Applied Physiology published a study that found coffee was able to improve muscle glycogen levels in endurance athletes when consumed directly after working out. Muscle glycogen is responsible for replacing the body’s energetic resources after they have been exhausted in the workout. 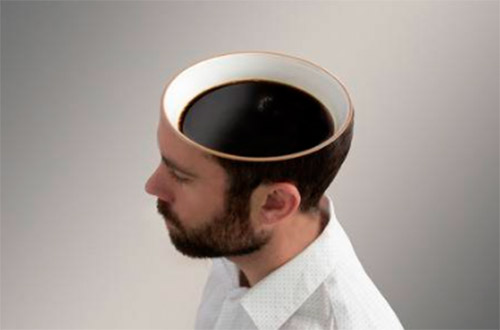 When it comes to how coffee can benefit the brain and help avoid certain illnesses, some studies have discovered that drinking an average of four cups of coffee per day can decrease the risk of developing Alzheimer’s disease and dementia by as much as 65% in middle-aged men and women. One study discovered that a single cup of coffee daily was enough to reduce the risk of Parkinson’s disease up to 60 percent.

Drinking coffee can also inhibit the nucleoside known as adenosine in the brain. Adenosine decreases the firing of neurons and the release of beneficial neurotransmitters such as dopamine, serotonin, and norepinephrine within the brain. Because caffeine blocks adenosine, it therefore increases the reactions for “feel-good” chemicals within the brain.

See Also: Do You Wake Up Every Night Between 3 And 5 AM? You May Be Having a Spiritual Awakening

3. It Helps You Feel Good

An interesting study conducted by researchers at the Harvard Public School of Health found that adult men and women, when drinking two to four cups of caffeinated coffee each day, had a 50% lower risk of suicide compared to those who drank decaf coffee or no coffee at all.

Coffee also contains a number of nutrients and antioxidants that work to make you healthier, such as Vitamins B5, B3, B2, and B1. Coffee has high levels of manganese and potassium as well, both of which are vital electrolytes. The numerous nutrients the body absorbs from drinking coffee help to boost one’s mood.

4. It Reduces The Risk Of Skin Cancer

A study published in the Journal of the National Cancer Institute found that older adults who consumed four or more cups of coffee per day had a 20% lower risk of developing malignant melanoma, the most dangerous form of skin cancer in the United States. Researchers theorized that the high amount of antioxidants and phytochemicals found in coffee are responsible for protecting regular consumers from this form of cancer.

5. The Risk Of Liver Cancer Is Also Decreased

Hepatocellular carcinoma (HCC) is the sixth most commonly diagnosed cancer in the world and makes up nearly 90% of all liver disease reported. The FDA recommends that people consume 400 milligrams or less of coffee every day, which is about equal to four cups, and that those four cups of coffee are enough to reduce the risk of liver cancer by 50%! Two cups daily will result in a 35% reduction in liver cancer likelihood, and one cup reduces it by 20%.

According to Dr. Peter Hayes, coffee is an excellent natural medicine that should be used in moderation, like all medicines. It has been shown to reduce or eliminate cirrhosis of the liver as well.

While coffee should always be consumed in moderation, and people should be aware of potential reliance on coffee and addiction, as well as caffeine related boosts to anxiety, this list shows us that there are also indeed some wonderful health benefits that come from the antioxidants found within coffee.

Enjoy your morning cup of joe.

See Also: Here Is What Happens To Your Body When You Quit Smoking!

A post shared by Understanding Compassion (@understanding_compassion) on Apr 22, 2018 at 9:36am PDT

80 Kind Classmates Shaved Their Heads In Support Of A 9-Yr-Old Girl With Cancer’s...