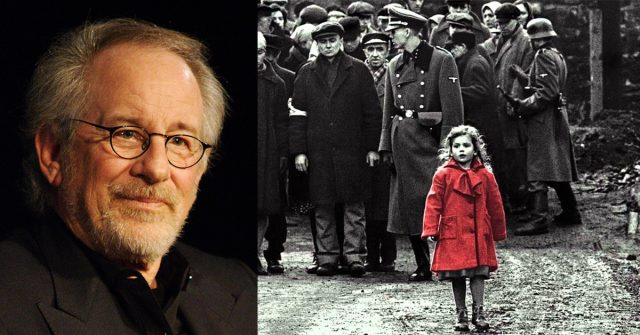 On the 25th Anniversary of the debut of Schindler’s List, legendary director Steven Spielberg appeared on a show to discuss the importance of teachers using stories and movies to guide students away from racism, Anti-Semitism and other forms of hate. With recent studies showing the largest increase in racism related hate crimes in more than three decades, compassionate people from around the United States have begun to speak out on the importance of compassion and tolerance towards all people.

Spielberg is calling on teachers to use his film Schindler’s List to help instill lessons of tolerance and to inspire students to become compassionate leaders in their communities. AFT co-hosted a webinar featuring Spielberg to help publicize new resources on Share My Lesson and lesson ideas from Facing History and Ourselves.


“He made the Holocaust something we could talk about,” AFT President Randi Weingarten said. “But what has happened is we have forgotten, and over the last several years we have seen an uptick of the acts of racism and bigotry, Anti-Semitism and hate.”

In 2017, the Anti-Defamation League recorded a record year in Anti-Semitic incidents in the United States, with nearly 2,000 cases of harassment, violence, vandalism or other acts: the largest one-year increase since the ADL started tracking those incidents in 1979.

Below is some of the wisdom from one of the greatest filmmakers of all time, Steven Spielberg:

The following show was a question-and-answer session led by Laura Tavares, Program Director, Organizational Learning & Thought Leadership at Facing History and Ourselves:

Tavares: What does the film mean for you?

Spielberg: I’m sad to say but I think the world is actually in a worse place than it was 25 years ago because some of the very steps that led to the holocaust are surfacing again—hatred, violence, racism, Anti-Semitism, xenophobia, these are current events in the 21st Century, this is not a distant 20th Century memory. So for me the film is more important than ever, especially for the young people today who face a country and a world where Democracy is threatened and hate and intolerance seem at times to be condoned, where students have drills on what to do during a school shooting, and then young people face violence in their communities every single day.

Given the moment where we’re in, I hope students take away at least two lessons from Schindler’s list: The first is, the importance of knowing our history, because I really believe that we have to know what came before if we don’t want to repeat the same mistakes. I was just in Montgomery, Ala., at the new museum on slavery, lynching and mass incarceration, and it was such a moving experience and it made clear for me the ways we are still suffering as a country from the aftermath of slavery because we never fully dealt with enslavement and our history of racial injustice….

The second lesson is, what happens when people stand up for each other and stand up for justice. Today it seems most adults are learning that lesson most clearly from young people. I was so inspired earlier this year when students from Parkland, after they came out of one of the most horrendous experiences any of us could imagine, totally committed themselves to making real change happen so that other students and other families wouldn’t have to experience what they did in their classrooms. These young people are leading the way for a whole generation that is active and standing up and participating in our country and is not afraid to speak truth to power.

Tavares: What was that awakening like in your own life—in addition Schindler’s List, so many of your films invite viewers to think about human dignity and think about how we are responsible to one another. I wonder where you locate those values in your personal history—was there a teacher or experience in your own education that influenced you?

Spielberg: Oh my goodness so many—I’ve been working on an animated film—recently learned that when you see an Aspen tree, it looks like you’re just looking at an individual tree, but in reality that tree is part of an extensive system of trees all from one seedling and they’re all connected by a single root system underground. And I’ve learned to think about people in that way… we treat each other as individuals alone but in reality we’re all connected. We just don’t always see it that way. I grew up in the view that we are all connected, my parents were my teachers.

Tavares: When we think about teaching the Holocaust, we know that one of the biggest challenges is that so much of what happened is just beyond our capacity to imagine. Even survivors talk about how they struggle to convey their experiences… When you were making the film, what did you do to get inside this history, and how did you approach making so palatable for your viewers?

Spielberg: It’s very important for film to depict experiences accurately in order to honor the people who lived through it as well as the six million who didn’t survive. Some of our choices came from the acute detailing by Thomas Keneally who wrote Schindler’s Ark the book, and also from stories that were told to me by actual Holocaust survivors, and we had many historians also who were advising us. I know my most profound experience as a child with the Holocaust and not even understanding what this was, my grandmother used to teach English to Hungarian Holocaust survivors in Cincinnati, Ohio, as the greatest number of survivors is from Hungary. I grew up remembering the stories they told me and I remember the experience I had at a table with 20 or 30 survivors, and one man rolled up his sleeve and he taught me how to count based on the Auschwitz numbers on his forearm…. This is something that led me to want to tell the stories, I started the (University of Southern California’s) Shoah Foundation to tell these stories. I filmed the movie in Krakow on all the different locations, and it was like shooting in a cemetery. The entire crew felt a responsibility and a deep, deep reverence to the way we comported ourselves… it was a very eerie experience, but we were so moved by all the places Oscar Schindler lived, where the first labor camp existed, we shot outside Auschwitz… we were changed.


Tavares: It strikes me there is such an interesting interplay between that experience of proximity and being in the places or being with the people who really lived this history and the role of imagination. What we do in our teaching guide is invite students, after they’ve watched the film to reflect on your choices as aa director, the use of music, color, lack or color, characterization, and I think at a time when we look at the generation of survivors who can go to classrooms and tell their stories, there will be a time soon when that is no longer possible… these shows will be more important. In your role as an acknowledged master filmmaker and as a master storyteller, could you talk a little bit about how you understand the role of stories in fighting hate or in making positive social change?

Spielberg: Everyone’s a storyteller… Storytelling is a fundamental human act, I think it’s how we make sense of ourselves in the world and also why I picked up an 8mm camera when I was 12 years old and why I’m still making movies to this day, because I’m trying to still make sense of myself and I’m still trying to make sense of the world I grew up in and exist in today. I strongly believe how storytelling can shift the way we look at each other, and that’s all when you’re willing to listen to the stories others have to tell us, so patience is a big part of this. For years we’ve worked with StoryCorps which is the largest oral history project in America. StoryCorps invites two people to sit in a recording booth and talk to each other about each other’s lives. And the founder of StoryCorps says no matter who is sitting in that booth, no matter their backgrounds, ages, political affiliations, at the end of the day the stories they tell each other are always about love and being human. So films, TV, podcasts, short videos allow us to tell those stories to a broad audience and people are often willing to come to a dark theater or listen to the story of someone they wouldn’t invite into their home because when they hear that person’s story they can relate to that person on a human level. Storytelling has the power to open our hearts and it opens our minds and it helps us to begin to respect what makes us different and celebrate the things that make us so similar.

Tavares: The stories of Oscar and Emily Schindler were relatively unknown, what other transformative stories are you holding on to?

Spielberg: There’s just so many, it’s impossible to make movies about all the stories that need to be told, which is why I founded the Shoah Foundation, so that Holocaust survivors could tell their stories and could ensure those stories would live on for all the future generations. We now have 54,000 survivor testimonies and our collections expand beyond the Holocaust… I know your students and you as teachers also have stories that you want to tell each other. I think teachers today have an especially challenging job, to help students make their way in a complex world that feels like it’s constantly changing—where are the rules, where is the civility, where is the decency? You have a tough job, I know you experience it ever day in the classrooms and I totally love and appreciate all the work you do to make sure the students are learning our history, can ask good questions and aren’t afraid to tackle the tough subjects and have the power to be upstanders and not bystanders to the history that’s being made today… I have great confidence in the entire teaching profession. We need you now more than ever.

Steven Spielberg’s passion to guide our youth away from racism and intolerance and towards compassion and tolerance helps to add to his already incredible legacy. With ideas of hate and racism on the rise in the United States, it’s so important that students are educated to have love for all people, regardless of citizenship, “race”, ethnicity, culture, skin color, sexual orientation or nationality. All humans on Earth are God’s children, and deserve to be treated with love and compassion.

Join us at Understanding Compassion in taking our 10 Free Online Lessons On Understanding Race; the most under-taught and significant subject of our time.

Kind Homeless Man Picks Up Young Girl With Down Syndrome: Their Singing Is Absolutely...