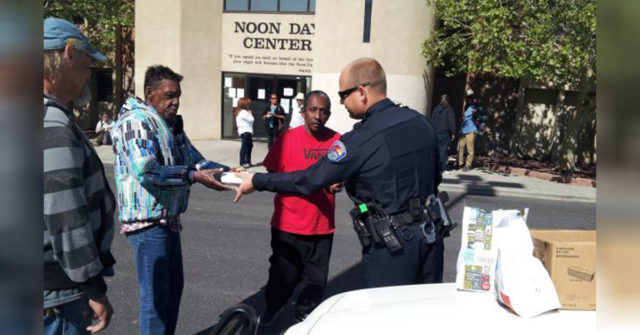 After a power outage at the Noon Day Center, officer Tamas Nadas noticed that there were still people waiting outside, and that they would be unable to get food for themselves that day.

Tamas then went to the local McDonalds, where he bought 20 breakfast burritos and 20 apple juices with his own money, and drove back to the day center to feed the homeless who were hungry.


His fellow officer was unaware of what Tamas was doing, but after he saw him return with food for the homeless, he decided to take a picture so that their department could recognize his act of kindness.

“There was no food, no drinks, nothing. So I decided to go to McDonalds and grabbed some food and drinks for them. That’s pretty much it,” Tamas said when he was later asked.

Those who were hungry were truly grateful that the officer went out of his way to help them.

The life of a homeless person is very difficult, more than we can imagine. High percentages of the homeless suffer from mental illness and are unable to maintain a steady job, and they are often discriminated against by society.

There are also a large percentage of American military veterans who become homeless, largely due to developing PTSD after returning home from having experienced extremely stressful and life-threatening war situations.

It can be easy to look at a homeless person and say, “they should get a job,” or, “they are being lazy,” yet the people who actually know and work with these disadvantaged and truly lovable human beings are officers like Tamas Nadas.

They understand that being homeless is not something the homeless want. It is the result of a very, very difficult life, and difficult circumstances which are not something most of us have or will ever experience.

Understanding another’s situation helps us to develop compassion in our own hearts, because we can understand that if we had been given their life; their childhood, their experiences, their mental illnesses, we would most likely also be living the same life that they are living now.

Be willing to extend a hand to help one of these disadvantaged brothers and sisters of ours. Your kindness will surely never be forgotten. 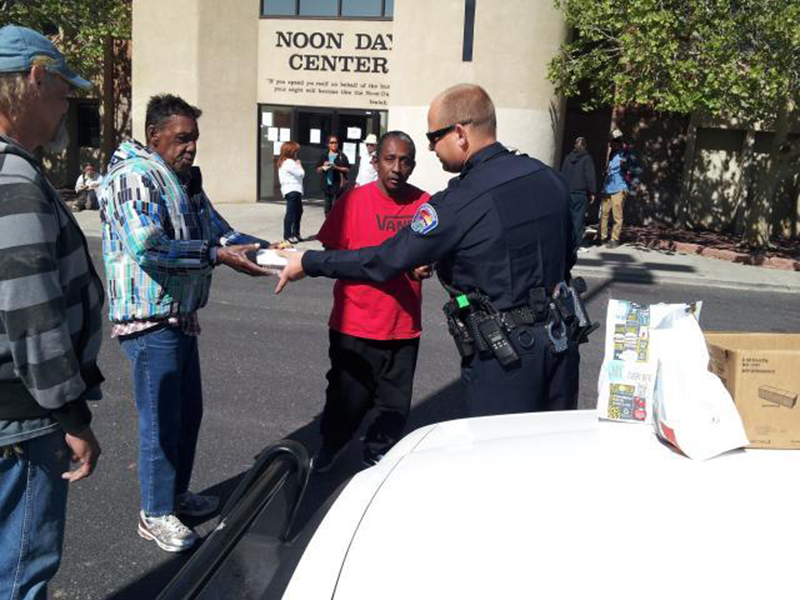 Kind 10-Yr-Old And Friend Helped Hospital Doctors And Nurses By Cleaning The Snow Off...

Fun Test: The Way You Make A Fist Can Reveal A Lot About Your...