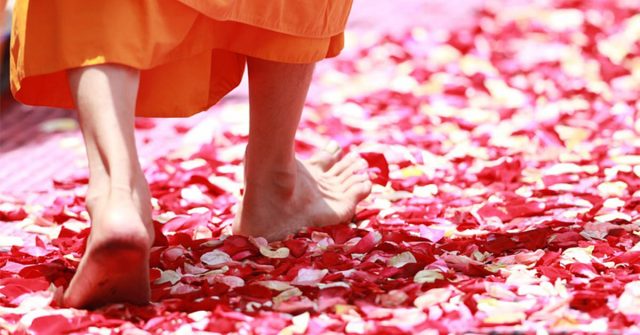 The word Buddha means The Awakened One, which derives from the Sanskrit root Budh – ‘to wake’. A Buddha is one who has awakened through knowing and has discovered the way to end suffering. The historical Buddha Siddhartha was not a deity. He was a wise human being who spent years in self-observation and meditation, finding a balanced way of achieving wisdom, compassion and freedom from suffering.

The Fundamental Buddhist Doctrines Include:

Buddhists value virtues such as humanity, patience, kindness to all living things, giving, and compassion. The idea to cause no harm to animals, plants and the world in general is a gentle and solid foundation of their teaching. Buddhism’s goal is to help people live peaceful lives.

One of the most profound teachings within Buddhism is their viewpoint on change and the impermanence of life.  They believe that nothing in the world is permanent or fixed, but rather is forever changing and never the same. We are never the same people, either mentally, emotionally, or physically that we were a few years ago.

Science has recently confirmed this, stating that all cells in the body are replaced every seven to ten years. By trying to hold onto an idea of who we are, once were, or who someone or something else “should be,” we are only setting ourselves up to suffer as they all are destined to change.

Researchers also recently confirmed that within the realm of neuroscience, the human body is changing all of the time, meaning that there isn’t a stable ‘self’ for any person.

The University of British Columbia’s Evan Thomson explains that; “from a neuroscience perspective, the brain and body is constantly in flux. There’s nothing that corresponds to the sense that there’s an unchanging self.”

Neuroplasticity, a concept coined by neuroscientists, states that our brain is malleable and able to change. This means the brain can change and adapt in many aspects, opening up possibilities for growth.

The potential within these statements is that regardless of how we think ourselves to be, everyone has the potential at any moment to rewrite their life stories and live the lives they’ve dreamed of in their hearts. We can achieve anything we put our minds to.

The Buddha left a few profound words of wisdom for us;

“Nothing is permanent. Everything is subject to change. Being is always becoming.”

“‘All conditioned things are impermanent’ — when one sees this with wisdom, one turns away from suffering.”

A post shared by Understanding Compassion (@understanding_compassion) on Apr 6, 2018 at 2:36am PDT

Kind Lady Paid For Items Woman Returned At Checkout And Brought Them To Her...

Kind Couple Sold Motorhome To Man In Chemo For Half Price Rather Than Accepting...

Kind Young Man Saved Half Of His Dinner At Restaurant To...

October 17, 2021
POPULAR CATEGORIES
All rights Reserved. All trademarks and service marks are the property of their respective owners © Copyright 2017 - Understanding Compassion
Understanding Compassion uses cookies to help us provide, protect and improve our site. By viewing, you agree to our Privacy PolicyOk