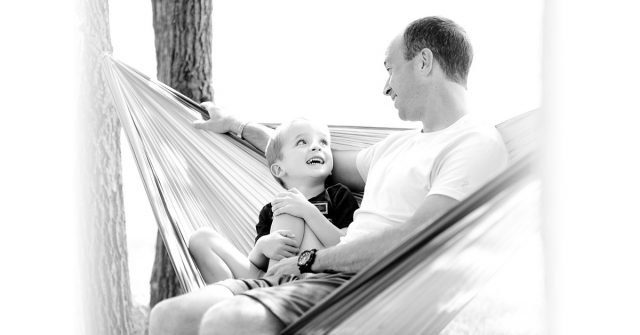 Multiple studies have shown that affection and warmth between parents and their children are related to higher self-esteem, improved communication, positive coping skills, academic achievement, and fewer psychological and behavioral problems.

Positive reinforcement, which is rewarding a child for positive behavior, is the key to making a warmer relationship with our children.

According to Dr. Erin Leyba, acknowledging a child’s good actions strengthens their intrinsic motivation, and helps them to strive for good feelings, rather than only evading punishment or consequences for undesirable behavior.

Positive reinforcement works best when you:

1. Let Go Of A Hyper Focus On The Negatives.

Constantly giving them negative attention for these behaviors can often serve to reinforce unwanted behavior.

Also, sometimes ignoring the negative behavior is the best way to respond.

Telling your little one that he or she is a “good kid” can be unclear and confusing for a child.

Instead, mention the specific wonderful action that your child displayed, such as sharing food with their sibling or friend, or showing kindness to a pet or family member.

“Praising effort and what a child learned along the way is more important than saying ‘You’re so smart.’ It instills in children that hard work is to be celebrated,” explains parenting coach Melanie Rudnick. Dr. Reilly adds that you don’t want your child to feel like she only gets praise if she gets an A on her test.

3. Give Specific Praise As Soon As Possible

Acknowledging your child’s good behavior needs to be done either right after the behavior, or within the day.

Sometimes have difficulty focusing on the positive when there are also negative behaviors present. This is called the negativity bias; also known as the negativity effect, and refers to the notion that, even when of equal intensity, things of a more negative nature (e.g. unpleasant thoughts, emotions, or social interactions; harmful/traumatic events) have a greater effect on one’s psychological state and processes than do neutral or positive things.

“Based on classic marital research of John Gottman, a popular notion exists that interpersonal relationships thrive when the number of positive interactions outweighs negative interactions by a ratio of five to one,” educational specialist of psychology Andrew Armstrong explains.

Simply put, making sure that you give 5 positive comments to every 1 negative comment will not only improve your relationship with your child, but it will also increase their self-worth and self-esteem.

Here are 3 simple routines you can do to catch your kids being good and to help them grow into the beautiful and kind human beings that they are: 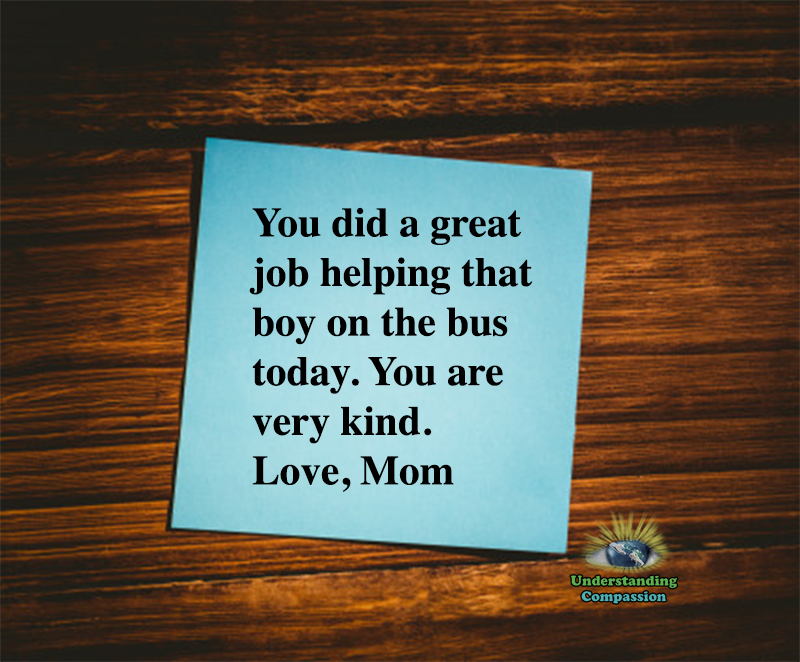 You can surprise your child by putting positive post-it notes in their belongings and around the house which praise the good behavior they did that day or week.

It can be in places where they can easily find them: on their pillow, lunchbox, or on the fridge door.

Even if you have a busy schedule, make it a point during dinnertime or bedtime to talk to your kids about two or three good things they did that day. Make this a habit. Here are some examples:

• “High five to Sara who got up earlier than the rest of us this morning but did it so quietly that she gave everyone a chance to sleep a little later.”

• “John you did a good job today helping dad shovel the snow off the driveway so that we could use our car. That was a lot of hard work!”

• “Because Reina shared her new toys with her brother, she gets a golden star!”

• “Because you helped me set the table for tonight’s dinner, we were able to save time and sit down to eat much faster. Thank you darling!”

• “You were very kind today when running with your friend. He was not able to run as fast as you, so you slowed down and waited for him to catch up, then you ran together.”

It feels better to focus on the positives, for children, and for parent’s too. Try integrating the 5 to 1 positive to negative comment rule this week with your children and see if you notice any wonderful results. If you commit to it long term, you and your children are sure to benefit from it for years to come.

Much love and gratitude.

These Are The Two Faces Of Each Zodiac Sign’s Personality