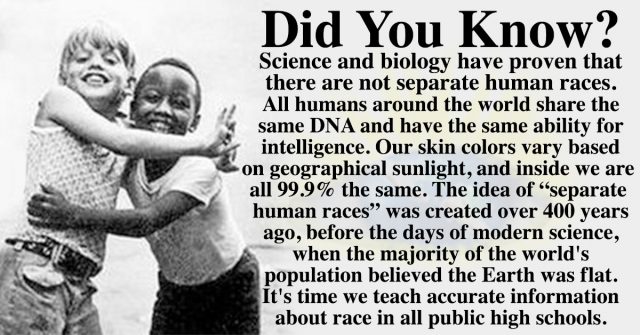 The vast majority of people around the globe are interested in ending racism as it causes millions of people to needlessly suffer, and there is widespread debate over the best way to accomplish this beautiful mission. From ideas related to paying reparations to enforcing monetary fines for the use of racist hate speech as they do in Germany, there are many suggestions as to what will work best to compassionately end racism.

While there are many great ideas related to how we can end racism once and for all, there is really only one solid and proven technique which studies have shown that decreases racism, time and time again, in all nations around the globe. Studies have revealed that the proven way to consistently reduce racism is to teach accurate information about the topic of race in the public education system. Currently, public schools tragically ignore the topic altogether, which leaves generation after generation uneducated on the topic of race, with high percentages susceptible to believing ancient and untrue racial stereotypes.

In 2016 researchers from the University of Toronto examined three decades of data from the General Social Survey, which has periodically tested and measured Americans’ attitudes on a wide range of topics since 1972. Of the 44,873 surveyed for verbal ability and education levels, 28.8% of the highest scorers held opinions considered racist, compared to 45.7% of the lowest scorers who held opinions considered to be racist.[2] Head researcher Geoffrey T. Wodtke concluded that, “Higher verbal ability is closely linked to rejection of overtly prejudicial attitudes among cohorts socialized during or after the 1950s and 1960s.”[2]

Another study from Bowling Green University found that as education levels increased, racial tolerance also increased and that racist opinions decreased, concluding that, “higher levels of tolerance are more likely to be found in individuals with higher levels of intellectual development.”[3] 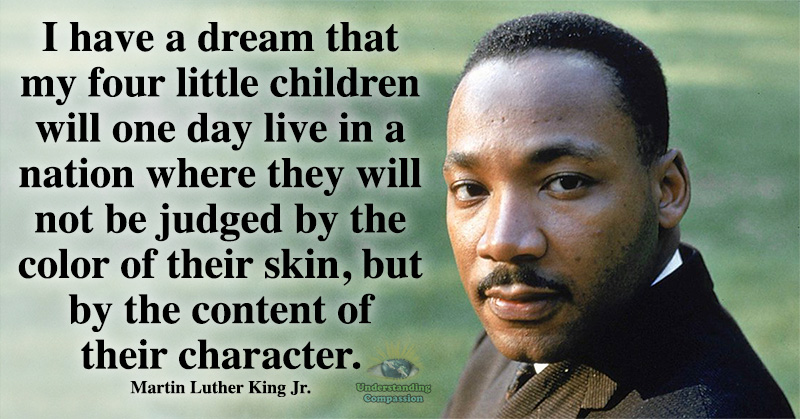 While higher education greatly reduces levels of racist attitudes and beliefs, classes teaching specifically about the topic of race reduce racism even more. Racism continues to exist in the 21st century because children, students and adults are not currently taught in school what is true and what is false related to race. When people are not given an accurate education on the subject of race, the gaps in education are filled in with ideas from misinformed family members, with stereotypes from the past, and with ideas from an often racially charged media; with unclear and speculative ideas that are regularly considered stereotypical, harmful to others, and racist. Schools can no longer ignore teaching on this influential subject which causes millions of innocent people to needlessly suffer.

Up until just a few years ago, most government forms made people ‘select their race,’ yet scientists and biologists have proven that there is indeed no such thing as race. In 2003 the Human Genome Project, which mapped all of the genes in the entire human genome, proved that all humans on Earth have genome sequences that are between 99.5% and 99.9% the same. The heads of the project stated that their work confirmed the fact that human genetic diversity cannot be captured by the concept of ‘race.’ “The concept of race has no genetic or scientific basis,” Craig Venter, one of the leading genome sequencers explained after the completion of the project. “Those who wish to draw precise ‘racial’ boundaries around certain groups will not be able to use science as a legitimate justification.”[4]

The ancient idea of separate human races was invented during a time in history before science, when most of the world believed that the Earth was flat. Science and biology have since then proven that the idea of race is simply not true; that while skin colors have changed in a very short amount of time, evolutionarily speaking, due to sunlight and UV radiation, that no major genetic differences between any two humans on the planet have developed. Humans have interbred with each other throughout history, and all humans on Earth today share the same great-great-grandparents which lived thousands of years ago in Africa. We are truly only one race; the human race.

Surveys have reported that 64% of Americans agree that racism is still a problem in American society, and 40% of African-Americans reported that they had been treated unfairly in a store or a restaurant due to their skin color, within the past month.[3] Education related to race is greatly needed today in all high schools in order to create an equal and compassionate society for us all.

Every generation needs an education on the scientific evidence which proves that ‘race’ is not a real biological grouping, but rather is only a false imagined social idea. Every generation needs to be taught the human history related to the dangers and cruelty of ‘race’ related ideas and of racism: from WWII, to the Civil War, to Slavery and beyond. Every generation needs to be taught the scientifically backed evidence that indeed all humans, regardless of skin color, are equal in terms of ability for intelligence and social behavior. Imagine a world where the public education system teaches students the facts about ‘race’, and where racism finally dissipates; where a safe society for everyone is created. It’s not a matter of time, it’s a matter of education; and the time is now.

Many colleges have begun offering wonderful and popular classes on the topic of race, which students are eager to sign up for as they want to learn the facts about a subject that has divided America in the past, and has been dividing it recently again. Yet not everyone is able to afford college, so it’s imperative that all students are able to receive an accurate education on race in their local public high schools.

It’s time for us to do everything we can to make sure that the public education system accepts the dangerous consequences of leaving students without an education on race, and that they begin implementing required curriculum which teaches accurate information on the subject of human races; in order to create a better, equal, safe and loving world for our children and their children to come.

Let’s support the creation of a required public high school class teaching the facts related to ‘race’ so that we all may all truly understand race: moving beyond the compassionless and ancient ideas of racism, and towards promoting a safe and loving world for us all. 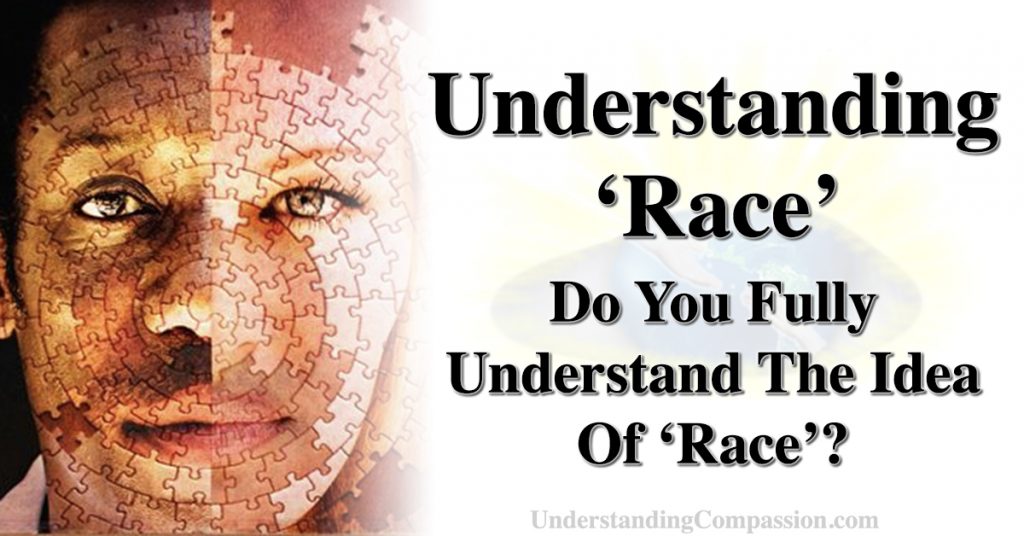 The Secret To Getting Rid Of Back Pain Is In Your Feet: 5 Exercises...