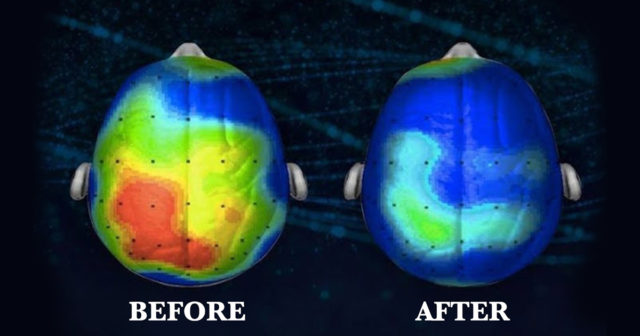 Anxiety – that feeling of nervousness, worry, fear and panic – is certainly nothing new. Hippocrates spoke of it over 2000 years ago, Soren Kierkegaard also did in the 19th century, and Sigmund Freud did an in-depth study on its effects and causes in the 1920s.


Treatment for anxiety has been somewhat manipulated by the pharmaceutical industry, who seeks to push pills rather than recommend other and healthier methods that can be just as or even more effective. Counseling with a licensed psychologist has proven to help relieve anxiety in many cases, as understanding what is at the root of one’s anxiety is often possible and can lead to some relief. Many people also choose the holistic path for healing anxiety, and through yoga, meditation, EFT, massage and other forms of relaxation therapy are able to achieve some calming results. But now very recently, neuroscientists from the United Kingdom have discovered a song that results in an incredible 65 percent reduction in overall anxiety…

Anxiety is a feeling of uneasiness, worry, and dread, and is believed to be the mind and the nervous system’s overreaction to a situation that is only subjectively seen as menacing. What follows is muscular tension, fatigue, restlessness and often problems in concentrating.

A 2013 survey found that 57% of women and 40% of men reported experiencing episodes of “overwhelming anxiety” that had occurred within the past year. Around 12% of people experience an anxiety disorder in any given year and between 5%-30% become affected at least once in their life (Craske, 2016). YouthNet also reported that roughly 33% of young women and 10% of young men suffer from panic attacks.

A post shared by Understanding Compassion (@understanding_compassion) on Apr 11, 2018 at 4:07am PDT

Many researchers speculate as to why anxiety is on the rise, and their theories range from high pressures in a test based schooling system to the intense percentage of negative reporting done by today’s media and TV News stations; where perceived threats are advertised daily as a way to gain attention thus increasing viewers and of course advertising revenue.

So what can we do to help relieve this anxiety?


Neuroscientists in the U.K. asked the same question and found that certain songs, after multiple tests, reduced anxiety in the participants. The researchers gave participants difficult puzzles to solve as quickly as possible, an activity designed to induce stress, and had them listen to different songs while their brain activity and psychological states were being measured; heart rate, blood pressure and rate of breathing. Their findings indicated that one song in particular: ‘Weightless’ resulted in an enormous 65% reduction in participants’ overall anxiety, as well as a 35% reduction in their average physiological resting rates. This is the most effective relaxation song discovered to date.

What’s surprising is, this song was created for this exact purpose by Marconi Union who collaborated with sound therapists. Each part of the song is carefully arranged with harmonies, rhythms, and bass lines designed to help relax a listener’s heart rate, to help reduce their blood pressure and to lower their levels of the stress hormone cortisol.

Many listeners also reported such relaxation that they became drowsy, so researchers recommend not to listen to it while driving.

Listen to the science proven song of relaxation here and enjoy your body’s relaxation:

Kind Teen And His Friends Create A No Charge Website To Deliver Groceries To...