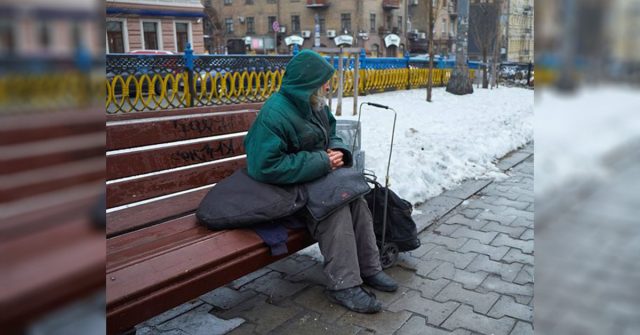 The kindness of our younger generation is something to be proud of.

A few years ago, a homeless man was stuck outside in a blizzard, and he was without a jacket in winter temperatures. His clothes were soaking wet, and he was bitterly cold. It was during this time when two kind high school students, Ryan Kodat and Luke Arnold, happened to see the poor man and decided to talk to him and see if they could help.

They noticed how cold the older homeless man was, so they gave him a jacket and some dry clothes to change into from his soaking wet ones.

When asking if the man had any family he could stay with, they discovered that he had an elderly father who was ill in the nearby town of Springfield, Illinois. The students also gave the homeless man enough money for a train ride home to stay with his ailing father.

Their kindness shown at a time when the homeless man was really struggling was something that would stay in his heart forever.

Years later, Dwight Township High School in Dwight, Illinois, received a letter in the mail containing a heartfelt thank you to the two kind students who had helped a homeless stranger in the cold, as well as a gratitude donation of $10,000.

The school was surprised by the large donation as well as by the beautiful act of kindness two of their students had shown to a struggling homeless man. They did a little research and discovered that the formerly homeless man had inherited his father’s estate and had since moved to California, but he had never forgotten the good deed that two students had done for him when he was freezing and alone in the cold.

The school’s superintendent, Dr. Richard Jancek, called to praise the students, and decided that the donation would be used to encourage continuous acts of kindness at their school. For the next 10 years, Dwight Township High School will be awarding two students in each graduating class $500 for “acts of humanitarianism” which they can complete while attending school.

The superintendent wanted to name the award after Ryan and Luke, but Ryan said, “You don’t have to put my name on anything. We did it because it was the right thing to do, not to get an award. If the same thing happened tomorrow, we’d do it again.”

When seeing a homeless person in need, these kind students acted as heroes and shared their clothes, their money and their kind hearts with him. They not only helped potentially save his life, but now for the next 10 years, thousands of students at their high school will be motivated to show kindness to others. Their ripple effect of kindness is truly a beautiful thing to witness.

There are still many homeless people suffering, alone, and in need of the love we have to share. They do not have access to the proper resources they need to help them get back on their feet; including but not limited to consistent counseling, reliable housing, a program that helps them find training and a job which they can handle, and food and water. With society so behind in the times of helping our neighbors, it’s important that we show our homeless community as much love as we can.

See Also: Searching For Food, This Starving Man Finds Kindness: A Story That Everyone Should Read

A post shared by Understanding Compassion (@understanding_compassion) on May 11, 2019 at 6:53am PDT

This Healthy Ginger, Apple And Lemon Mixture Will Flush Pounds Of Toxins From Your...