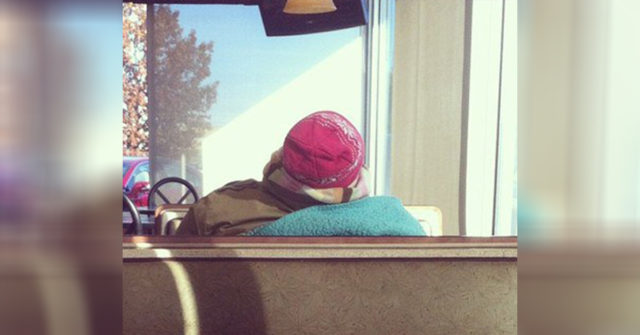 Staying warm during winter is not an easy task for the homeless. If you’ve ever had to walk just a few short minutes in the bitter cold, you know how uncomfortable it can be. Yet this is the reality the homeless have to endure for the entire day, except when they can sometimes be allowed to come into a warm restaurant or cafe.

Alexthegreat90 witnessed a beautiful moment of compassion when one morning as he was eating his breakfast, he noticed a homeless woman sitting in front of him, able to finally get some much needed rest after most likely spending all night in the cold.

He mentions that she has the entirety of her personal belongings within a small backpack next to her, and she was curled up in the booth with a blanket unaware of the customers around her.

Without words, customers one after the other began to pull out their wallets and silently leave money on the table in front of this sleeping woman. Alex said he was amazed, as he witnessed his fellow breakfast-goers treat this woman as a sister, as a mother.

“I took this picture this morning. Ever been somewhere and seen something that amazed you? I’m at the east side McDonalds and this lady was sitting in front of me sleeping. She has everything she owns in a small backpack.”

“Curled up with her blanket she sleeps not knowing what is going on around her. While she is sleeping everyone is getting their money out and putting it on the table so it’s there when she wakes up,” Alex wrote.

There was not a followup photo to see her reaction when she woke up, but we can imagine she must have been overjoyed.

If you’ve ever felt alone, you can start to understand how it must feel to be homeless and struggling to survive. Without anyone to turn to, where can they find love?

The large majority of the homeless suffer from one or more forms of mental illness, leaving them largely unable to maintain a regular working job.

We cannot imagine the difficulties of their childhoods, nor imagine how much they’ve suffered day in and day out up to this point, so it’s so very important to always be as kind as possible to the homeless.

If we all truly understood their life journey and their struggle, we would all be a lot kinder and give a lot more. 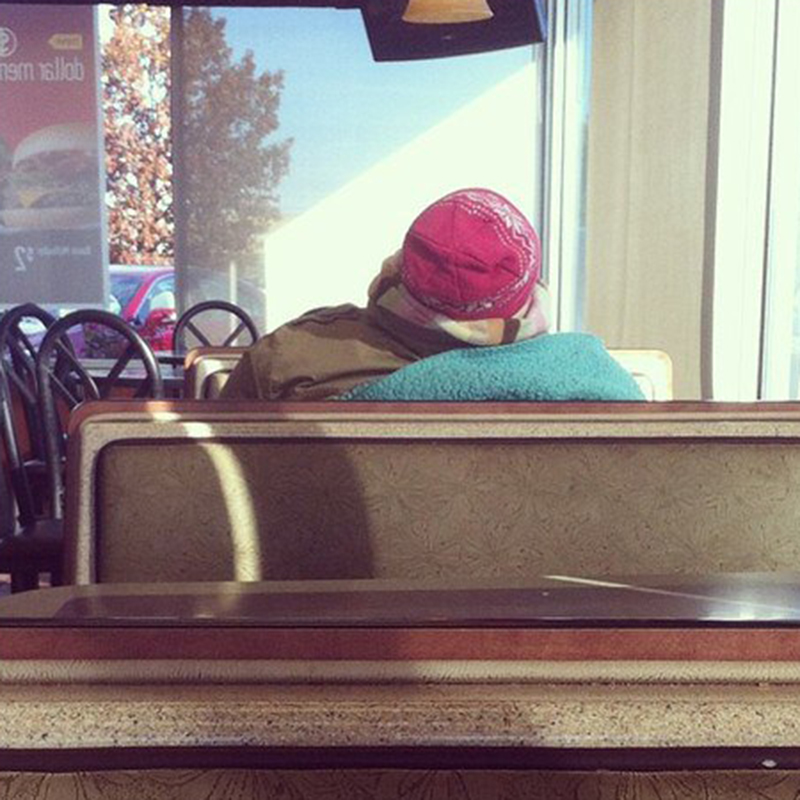 The homeless are also our family.

See Also: She Asked For A Free Cup Of Warm Water, But Instead He Stepped In And Bought Her As Much Food As She Could Carry

The Path You Choose Reveals A Clue About Your Personality

‘Dear Teenage Boy At The Skatepark:’ Mom Thanks Kind Teenager Who Helped Her 6-Yr-Old...

Science Explains What Happens To The Body When Going 1 To 4 Weeks Without...