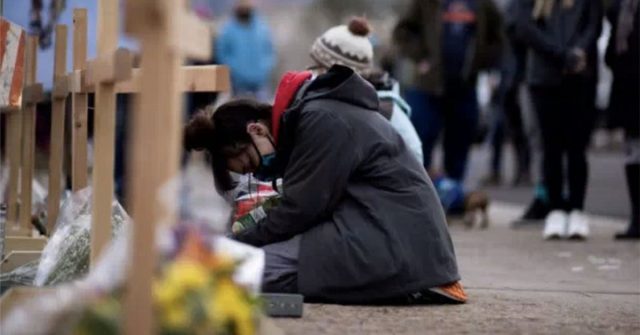 After so many unnecessary and tragic shootings, America is reminded of one of its greatest problems: that those who wish to carry out mass shootings and other acts of terrorism are able to purchase military grade assault weapons to do so.

Surveys have shown that the majority of people believe that it should be more difficult to purchase a gun, a tool which has the sole purpose of killing another human being, than it is to get a mortgage on a home. Many active shooters purchase their guns just days before an attacks, and stricter rules combined with approval processes would prevent many of these spur of the moment situations.

Heartbroken families, friends and communities are calling out for change in America: one that ends the gun violence epidemic in communities. A more compassionate world requires taking a stand against tools that have the sole purpose of killing another living being, and as countries around the world have begun removing guns from their society, wonderful and safe changes have already taken place.

Here Are 14 Statistics That Show America Is Ready For Stricter Gun Laws:

3. 72% of Americans support requiring a license before being able to purchase a gun.

5. In response to the increase in mass shootings in America, Canada has passed news laws which make it “illegal to buy, sell, transfer or import handguns anywhere in Canada.” With the goal of getting guns off of the streets, Canada says that “gun ownership is a privilege not a right.”

Japan is another wonderfully compassionate example of how gun regulation enormously makes societies safer. Japan has banned all guns in their communities, and last year, they had a total of only 10 gun deaths in a country of more than 125 million people. Compare that to America, where with no gun regulations and in a single year, 45,222 human beings died in gun related incidences. The differences and solution are obvious and clear.

Americans make up 4.4% of the global population but tragically own 42% of the world’s guns. 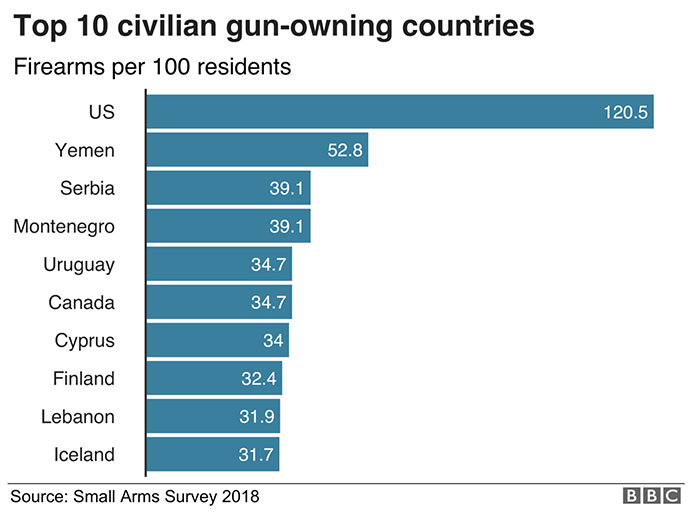 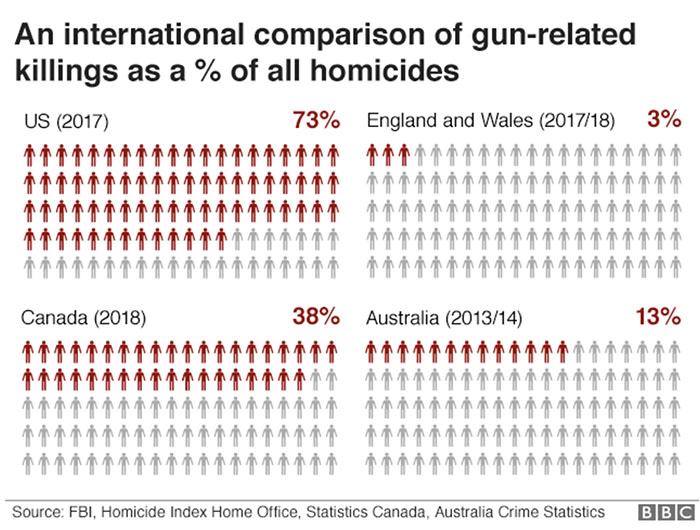 7. More than 40% of the guns used in mass shootings were purchased “legally”.

8. 44% of Americans personally know someone who has been shot.

10. 57% of Americans support a ban on all sales of semi-automatic weapons.

13. Studies indicate that the more media attention a shooter gets, the more likely the event will inspire a future mass shooter.

Shooters get enormous attention: their name, photo, motivations, and story are often shared for days following the event. The American Psychological Association points out that this “fame” is something that most mass shooters desire. It translates into millions of dollars worth of media coverage and makes both the shooter and their message known worldwide. A 2015 study found that after a mass shooting, there was an increased chance of another one occurring in the next 13 days. A 2017 study found that media coverage of a mass shooting may increase the frequency and lethality of future shootings for much longer than two weeks. The glorification of mass shooters must end by not reporting on their motives, messages, and by not sharing their face and photos.

14. America, which has the largest amount of gun ownership, has 3.96 per 100,000 violent gun deaths per year, whereas Japan, which bans all guns, has only 0.02 gun deaths per year. America has roughly 198 times more gun related deaths than Japan, simply because guns are everywhere. 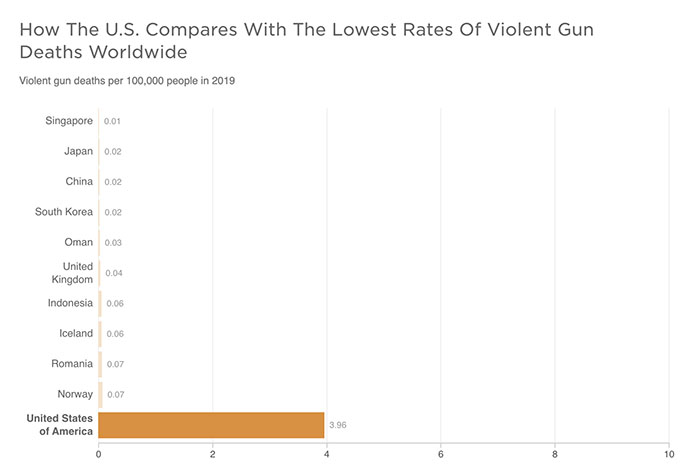 Many are calling for bans of all assault rifles and semi-automatic weapons. The majority is calling for a much stricter process in being able to purchase a gun; one that only allows gun ownership for verified individuals who are deemed safe and not likely to commit violence or murder.

Some experts have suggested that gun ownership be restricted to handguns only, and that GPS microchips be placed inside of each gun which are then registered to each owner’s home. If the gun leaves the owner’s home, law enforcement is immediately notified and action can be taken.

Many American Christians have been speaking out and supporting the need for much stricter gun control laws as well.

“Jesus was very clear in teaching ‘Thou shall not kill’ and ‘Those who live by the sword, die by the sword,'” shared pastor J. Hollings. “Jesus himself carried his own cross and was crucified by those seeking to do him harm, all the while teaching his disciples to not be violent in return, but to forgive and to turn the other cheek. Jesus himself had the power to be free by calling on the angels to hurt those who would kill him, if he chose, but he didn’t. His lesson was for us to be as loving and forgiving as is our holy and loving spirit of God in our hearts; that even if people try to kill us in the most gruesome way, even such as by crucifixion, that we are not to be violent in return, but instead that we should forgive, to turn our other cheek, and to inspire love and compassion in those who would be violent, always. To live in harmony with the gentle and loving spirit of God, who has declared that we are not to kill anyone. The only purpose of a gun these days is to kill another human being. We have grocery stores, hunting is not a necessity. As followers of Christ, we must make our nation safe by doing away with as many guns as possible.”

The clear answer is that America is ready for change, and we’re ready for it now. Let’s support more compassionate and stricter gun laws to keep our loved ones safe, and to honor those we have so tragically lost, as we can see that countries with stricter gun laws are indeed proving to be much safer than America is currently. The time for compassionate change is now. Let’s make that change together.

Is Your Vision Good Enough To Spot The Odd One In All 5 Pictures?