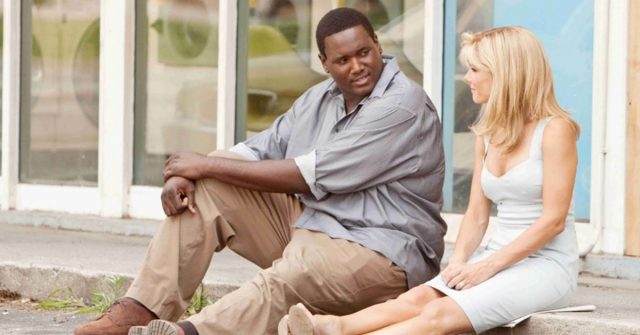 The Blind Side is a beautiful movie based on a true story starring Sandra Bullock as Leigh Anne Tuohy and Quinton Aaron as Michael Oher. Leigh Anne is a southern woman who one day notices her 8-year-old son talking with and befriending “Big Mike,” another student who was kind, but visibly lonely, and who was also the only Afro-American student at the school.

One day at a basketball game, the family sees Big Mike waiting until the crowds leave so that he can collect uneaten popcorn leftovers that were left in the stands. Another day while driving home with her family, they see Big Mike walking alone in the cold, without a jacket, on the side of the road. Leigh Anne pulls their car over and asks Mike where he is going and why he is walking around without a jacket in the cold. The student is hesitant to tell her the truth, but Leigh Anne’s direct way of questioning is slowly able to figure out Michael’s situation. Mike was walking to the school gym to sleep because he did not have a home to go to, and because it was warm there. Mike had come from a very poor and troubled family, which he was out of contact with, and he was homeless, just doing the best he could to survive while going to school.

Heartbroken, Leigh Anne invites him to stay the night at their house, and ends up letting it be his permanent residence as their family lovingly moves to adopt Michael. Mike later goes on to become a wildly successful football offensive tackle in the NFL for the Baltimore Ravens.

The movie ‘The Blind Side’ is a must-see and teaches us these very beautiful life lessons of compassion:

1. When You Have More Than You Need, Build A Longer Table, Not A Higher Fence

The Tuohy family was a wealthy family, owning a large number of chain restaurants and having more than enough to provide for themselves. Leigh Anne could have responded in two ways when noticing Michael at their school and seeing him talking with her son.

She could have responded out of fear, thinking why was a poor, physically large and homeless Afro-American student going to her children’s wealthy and prestigious school. She could have complained to the school, saying she was afraid of possible danger, and have attempted to build a “higher fence” in order to keep him from attending. But she chose the second way to respond: with compassion.

Leigh Anne responded from her heart out of love when seeing a poor and homeless struggling boy, who had to scrounge for food to survive, and who had to sleep in laundromats and the school gym in order to stay warm. She opened her heart and her home to this kind boy, and built a “longer table” by providing him with the first bed he’d ever owned; giving him the unconditional love and security of a family that every child needs. By offering the extra that they had to help one who was without, they beautifully changed his life, and their own, for the better.

2. Parenting Isn’t About Blood Or Skin Color; It’s About Love

When inviting Michael into their family, the Tuohys knew that love was more important than any perceived visual differences. They saw beyond skin color and biological ties, and adopted Michael into their family because they shared a heart connection. We are reminded in the movie that not being biologically related to a child doesn’t make us any less of a parent, because being a real parent is in the heart, not the DNA. 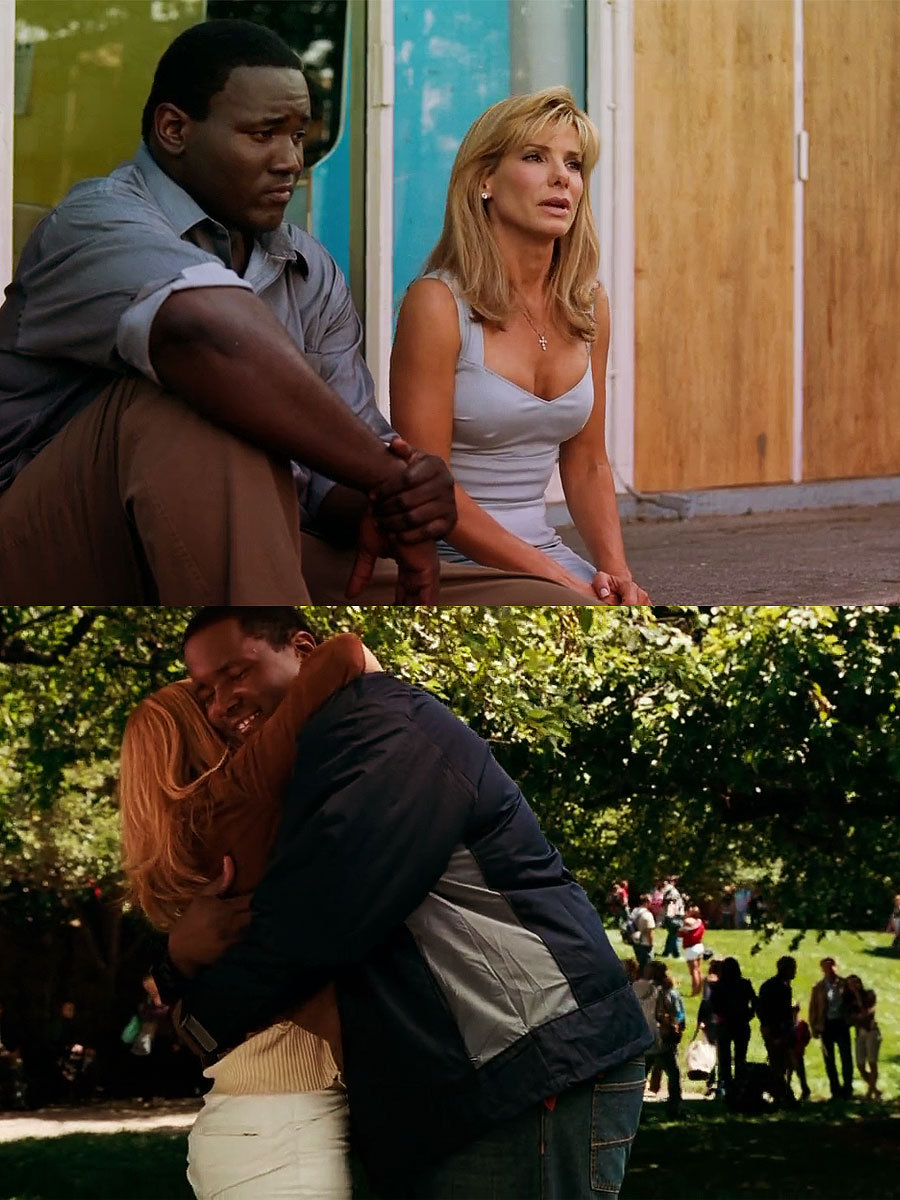 3. When A Child Is Loved And Given A Fair Chance, They Can Succeed In Life

All children have the capacity to succeed in their own unique way in life when given the love of a family and a fair opportunity. Michael greatly improved his grades when Leigh Anne took the time to help figure out why he was having trouble in his classes. She helped match him with personal tutors who were able to catch Michael up in terms of education.

The movie also presented hints of discrimination from the school staff, suggesting hidden stereotypes that poor children of color cannot succeed in high class schools. While these ideas went largely unchallenged in the past, recent studies have shown that children with any skin color can succeed when given an equal education and are elevated out of poverty:

The IQ test score results from Bermuda are examples of how equal education and equal opportunity created equal performance for Afro-Bermudan students. In recent years, students with black skin in Bermuda have outperformed American students with white skin in terms of IQ testing, as social scientist Sandra Scarr explains in her study; “In Bermuda, we found that black children have IQ scores at the norm for white children in the United States at age 2; at age 4 their average IQ score is 99, and by sixth grade they score 2 years above U.S. white children in vocabulary, reading, and math on the California Achievement Test.” [1][2]

To separate genetic factors from rearing conditions, 130 black and interracial children adopted by advantaged white families were studied. The socially classified black adoptees, whose natural parents were educationally average, scored above the IQ and the school achievement mean of the white population.[1]

When given access to equal education, equal resources and equal opportunity, all children, regardless of skin color, perform the same. The success of Michael Oher, in both school and in the NFL, is another beautiful example of how giving love and a fair chance to a child can significantly help them succeed in life.

4. Don’t Let The Judgment Of Others Keep You From Helping Those In Need

Leigh Anne faced a decent amount of uncomfortable comments from her friends, as well as uncomfortable stares from strangers, but she didn’t let any of it stand in her way from giving and providing unconditional love for Michael.

She clearly let her friends know that while she doesn’t need them to approve of her choices, she does need them to respect them:

“Look. Here’s the deal. I don’t need y’all to approve of my choices. But I do ask that you respect them. You have no idea what this boy has been through.”

5. The Love Of A Family Is Forever

The Tuohy family experienced many challenges after bringing Michael into their family, but they made one thing clear; the love of a family is unconditional and forever.

From dealing with gang members, to car crashes, to arguments spurred by the NCAA, they never let the challenges related to Michael stop their unconditional love.

What did you think of the movie ‘The Blind Side’?

If ‘The Blind Side’ inspired you, please share this article online with your family and friends so that they too can benefit from its wonderful life lessons of compassion.

A post shared by Understanding Compassion (@understanding_compassion) on Jun 29, 2019 at 1:19am PDT