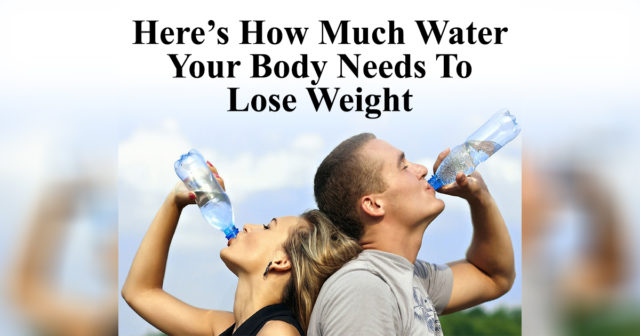 Getting rid of belly fat is often a big new year’s goal for most, and it’s possible to do just by learning a few simple techniques of when and how to drink water. The benefits of drinking water are numerous, as the human body consists of roughly 60%-75% water.

A 2009 study found that drinking 500ml of water before a meal showed a 44% greater decline in weight over the course of 12 weeks for participants (Dennis, 2010).


Another study found that drinking 17 ounces of water increases the metabolic rate by 30% in both men and women, and that this increase occurred within an hour (Boschman, 2003)

Researchers at the University of Birmingham in the U.K. confirmed the weight loss benefits of drinking water before meals by having 42 overweight participants drink 16 ounces of water 30 minutes before meals, and another 42 overweight participants imagine that they were full before eating. The group that drank water lost an average of 2.87 pounds more than those who imaged being full. Drinking water just once daily before one meal resulted in an average weight loss of 1.76 pounds (Parretti, 2015).


It is said that water is the source of life, and it is involved in many very important bodily functions; such as regulating body temperature, hydrating muscles, detoxing internal organs, carrying oxygen and nutrients to cells, helping with digestion, relieves headaches and water also increases our metabolism!
Increasing one’s metabolism is a key aspect to losing unwanted weight and these methods will help you slim down as well as feel healthier during the holidays this year.

It is recommended to drink the following amounts of water based on your body weight:

Try changing out the carbonated and sugary drinks for some H20, making sure to drink the water 30 minutes before meals each day, and get ready to shed some pounds!

See Also: 5 Types Of Tummies And How To Get Rid Of Them

What You See First Reveals Hidden Aspects Of Your Personality