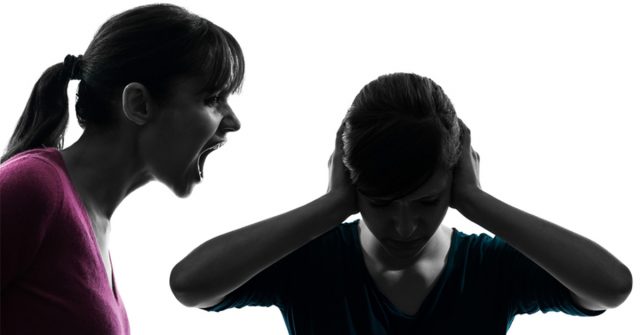 Raising a loving family can be challenging, to say the least. We all do our best to take care of our precious little ones, both when they are showing their kind hearts by sharing their toys and food with their little sister, and also when they are secretly coloring with crayons on the walls (or trying to paint the dog!). With the many responsibilities that come with being a parent, including keeping the tender balance between a career, a relationship, a home and with raising children, it’s understandable that even the best meaning parents can become frustrated and lose their cool at times.

When children get wild and seemingly forget the rules, parents sometimes resort to harsh verbal discipline through yelling and use a strategy that includes punishment and criticism. While we can sometimes get the desired behavior from our children in this way, what is this doing to their precious psychological and emotional development down the road? New research suggests that parents who discipline their children with harsh scolding may also be saddling them with anxieties that last a lifetime.

In one study conducted by the Psychology department of the University of Pittsburgh, psychologists measured associations between maternal and paternal harsh verbal discipline and adolescents’ conduct problems and depressive symptoms. Of the roughly 1000 families with adolescents aged 13 to 14 examined within the study, psychologists found that; “Mothers’ and fathers’ harsh verbal discipline at age 13 predicted an increase in adolescent conduct problems and depressive symptoms between ages 13 and 14.”

Their study also found that parents, when trying to sooth and be gentle to their children after yelling at them, were not able to keep their children from developing depressive symptoms;
“Furthermore, maternal and paternal warmth did not moderate the longitudinal associations between mothers’ and fathers’ use of harsh verbal discipline and adolescent conduct problems and depressive symptoms.”

Experts found that when children are yelled at regularly, they’re more likely to develop symptoms of depression and anxiety. They can also develop a constant apprehension and fear of somebody yelling at them, as many who have experienced similar experiences during their childhood can probably understand and relate to. Yelling at children also predisposes them to being more likely to yell at others in the future.

A post shared by Understanding Compassion (@understanding_compassion) on Oct 8, 2018 at 11:57am PDT

Another study collected childhood memories from more than 4,000 adults of all ages and correlated them with the participants’ self-reported mental health. The findings suggested that children with authoritarian style parents have a harder time adapting to adversity later in life.

Clinical psychologist of Stony Brook University, Dr Greg Proudfit, found that punitive parenting has a very powerful and persistent effect because it trains a child’s brain to overly emphasize mistakes. In his study, 300 children and parents were measured for signs of error-related negativity(ERN) at age 3 and again at age 6 while completing puzzles. Parents were also rated on how controlling they were during the exercise, for example if they stepped in quickly if a child made a mistake and also how warm and gentle they were when they gave feedback.

The grouping of punitive parents whose feedback style was high in control and low in warmth, and which also exhibited critical and hostile traits, predicted accurately that their children showed larger ERNs after 3 years. Their children were also more likely to show signs of anxiety disorders on their second visit.

Dr. Laura Markham explains that children should not be raised in constant fear of their parents. Parents are responsible for their children and provide them with food, shelter, and love, and a child’s implicit fear of his/her parents can adversely affect their sense of security.

A possible solution is handling children with more patience and tolerance during trying times, and seeking to appeal to their understanding. When children grow into adults, their sweet little minds are able to understand adult concepts and how to behave. But when they are young, often simple ideas can be difficult to understand, and if misbehaving is met with powerful negative and/or painful feelings and loud words, they can damage a child for longer than their childhood; something that no parent wants for their beloved little one.

1. Always be calm first,
2. Think about the outcome,
3. Connect on an emotional level,
4. Never isolate or physically punish,
5. Teach empathy,
6. Lead by example… and let them be.

When parents approach their children at an equal level and seek to appeal to their understanding rather than their fears, they are more likely to receive the behavioral result they are desiring. And more importantly, they can keep their precious little loved ones safe from the pains of depression and anxiety.

Keep doing the great job you are doing raising your loved little ones with love, care, patience and compassion.

See Also: 8 Phrases You Should Never Use When Talking To Children, Psychologists Warn

A post shared by Understanding Compassion (@understanding_compassion) on Nov 23, 2018 at 5:03pm PST

Fun Visual: What You See First in This Image Identifies Your Hidden Inner Self

You don’t have to be Skinny to be Beautiful… Beauty is the size of...

Kind Man Pushed Disabled Stranger UPHILL For A Mile To Get Her Home After...