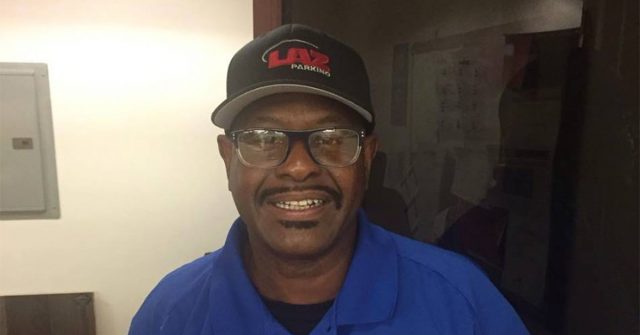 When a parking attendant learned that a stranger had forgotten her wallet, he quietly took $5 out of his wallet and paid the parking fee for her.

Kelly Broder had parked in a parking lot in San Francisco, and when she pulled up to the window to pay, she realized she didn’t have her wallet with her.

“I park in the same parking lot in San Francisco quite often. Usually, I pay at the machine. For some reason on this day, I decided to pay at the window, as there was no line,” Kelly shared in a post online. “When I reached into my bag, I realized I didn’t have my wallet, which I exclaimed out loud.”

When the parking attendant, Darrell, overheard Kelly as she was searching inside of her car, he asked her to give him her ticket. After handing it to him, he quietly opened his own wallet, took out $5 and paid the fee for her.

“The man behind the window told me to give him my ticket. He opened his wallet, reached in, pulled out $5 and put it into his register- without any hesitation! I was shocked. This act was so above and beyond, and he acted as if it wasn’t a big deal.”

Kelly’s heart was moved by the man’s simple yet genuine kindness. She insisted on getting him coffee, and said she would return the next day to pay him back.

“After begging him to give me his Starbucks drink order, I promised to return the next day with the money and a coffee. I returned with his money, a BBQ lunch (which I found out from his coworker he loves), and the coffee.”

Kelly let Darrell’s coworkers know how kind he was and how he had helped her, and got to share a conversation with him on her return visit.

“He came out of the office and we spoke for a short time. I told him how wonderful his act of kindness was and what it meant to me. I also told him how I had shared his story with his bosses in the garage and at the SFMTA office. I told him how emotional and happy it made everyone I shared it with (as it does me, every time.)”

“He smiled, touched his throat and said that makes him emotional to hear. He said he feels like someone would do the same for him. I told him I wish that were true, and wish there were more people like him. He said that there is just so much negativity in the world and he just wants to share happiness and positivity. We spoke for awhile, and I must say, this is a truly selfless, kindhearted, thoughtful individual. His coworkers said acts of kindness are not unusual for him, and even describe him as “an angel on Earth.”‘

“Darrell is originally from Tennessee, loves pork sandwiches, has worked for SFMTA/LAZ Parking for 17 years, and he is an exceptionally lovely human being. #BeLikeDarrell.”

LoveWhatMatters shared Kelly’s story online and it quickly went viral, and LAZ parking was able to read about how lovely one of their team members is.

“Thank you so much for sharing this incredible story. You made our day! We are humbled and honored to have Darrell as a part of the LAZ family,” commented LAZ_parking.

Kind Neighbors Offer Hot Tea And Coffee To Dozens Of Drivers Stuck In 7...

7 Mindful Habits That Are Challenging At First To Adopt But Will Benefit You...