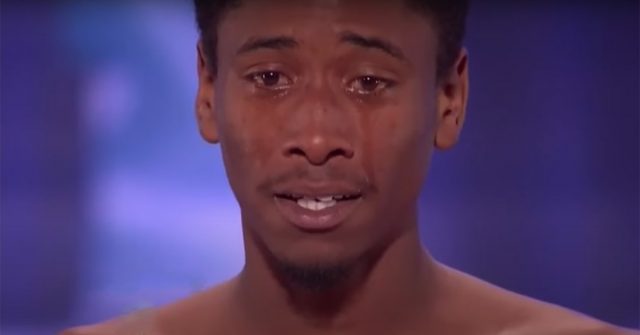 Millions love watching the many incredibly talented musicians and performers on shows like America’s Got Talent, American Idol and the X-Factor, but every once in a while the viewers learn that one of the amazing individuals they just witnessed is struggling with homelessness.

Seeing a person perform who is more talented than most professionals but is also living on the streets makes the result of their contest that much more meaningful; as more than the other contestants, this opportunity could change their lives in terms of meeting their basic needs to survive. From sleeping under bridges and doorways to stay dry, to asking kind samaritans for spare change to eat, to being viewed by millions on national T.V., you can tell in each of these performances just how much it truly means to each of these beautiful people who have had such difficult lives.

Here Are The Top 6 Homeless Contestants That Inspired The World With Their Auditions:

On America’s Got Talent, a sweet young man named Alanso who goes by the name “Turf” came to the stage and answered many questions about his passion and his life. He explained that he has been homeless for around two years and that to survive he dances for donations on the street.

“I graduated from school and said I’m dancing, and my mom kicked me out of the house,”Alanso said.

“Why?” the interviewer asked him.

“I don’t know… I haven’t spoken to her since. Hi mom… (he sweetly smiles and waves)”

“I was homeless on the streets for about two years. Everyday I was just street performing… It was just like, do I want to go and get a hotel room or do I want to just dance and practice ’till the sun comes up… and believe it or not, I would actually dance all night…”

Here is Alanso’s performance, and if you tear up… don’t worry… you’re not alone:

“100 percent, I’ve never done anything like this. Just to be right here… dreams came true. Thank you,” Turf said as he held back tears and thanked the audience.

“I hope every kid who’s watching this, who’s ever been told that they can’t do it… I just proved to them that you can do it.”

Ricky was homeless for 8 years, he explained that he was pretty much on his own since he was 16-years-old.

“Life before I met my partner, it wasn’t great,” Ricky shared. “I was homeless for about eight years. Grew up, was on my own… from sort of like since I was sixteen. Now I’ve met my Aleesha. We just hit it off, we just had this great chemistry. She’s given me two beautiful children and she’s given me my smile back. And they have just changed my life to the point that I didn’t think I ever saw anything this beautiful and this amazing.”

Here is Ricky’s performance of Change Is Gonna Come by Sam Cook:

Hollywood Anderson has been homeless for around two years and recently was able to find shelter at a charity called Kevin House.

“I’ve been living in New York for about two years now,” Hollywood explained. “I’ve been homeless… having slept on trains for my dream. I just learned how to play guitar like a year ago. It was gifted to me at Kevin House.”

“This is an original called my best friend. I wrote about a girl I went to college with, and fell madly for. I dunno… I was in love with her.”

Here is Hollywood’s performance of My Best Friend, a song that he wrote that brought philanthropist Jennifer Lopez to tears:

Mike has been homeless for around 37 years and spends his time singing in the subways for donations.

“I’m 57. I’ve been singing in the subway for roughly 37 years… That’s a good thing,” Mike explained.

Dennis is 26-years-old and lost his father when he was five. He grew up in a difficult neighborhood, slept in cars, parks and storage units. During his first job interview, they asked him where he lived, and his reply was heart-breaking.

“I applied for a job, and it was a little embarrassing because then they asked me for my address. I’m like ‘hey I live around the corner’. And then they’re like ‘Yeah but where?’ and I’m like ‘Listen man… I live in a tent…’ He’s like, ‘You know what, I’m gonna give you a shot.'”

Dennis turned his life around, met his wife, and today they have a beautiful baby girl.

Robbie has been homeless for around six years. He grew up with a hardworking single mom but entered a care home when he was 13-years-old. After never feeling at home with anyone he was paired with, he decided to spend his time alone and homeless on the streets.

“Where do you live Robbie?” he was asked.

“Everywhere…” Robbie shared with a pause. After further questioning, Robbie explained: “My current status at the moment is I am homeless.”

“I’ve been homeless for about six years on and off… I sleep in doorways, alleyways, just trying to keep dry. As a child I felt like I was a big burden on people. I grew up in a single mother family. She had three jobs that she used to work every week… and it took its toll on her… so I was put into a care home at 13-years-old. I never really gelled with any of the families or the people that I got with, so it was easier for me to just shut myself away… and just put my brain into things I love to do.”

The performances of each of these wonderful homeless human beings has opened hearts and turned on tear faucets of love and joy.

Which was your favorite performance?

The Love between a Brother and a Sister is Forever…

Kind Boys Helped Pick Up An Elderly Man Who Fell While Exiting Bus And...