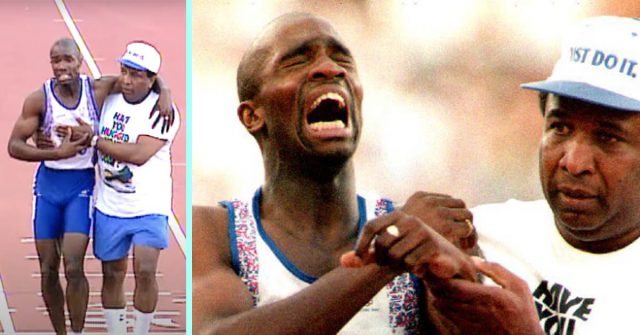 When British sprinter Derek Redmond competed in the 1992 Barcelona Olympics, he made it all the way to the semifinals for the 400m with the fastest time in his heat. His hamstring tore during the race, but he began hobbling his way to the finish line, and his loving Dad rushed to his side to support him.

Derek had spent much of his life training to be a professional athlete. He broke the British record for the 400 meters in 1985 by running it in 44.82 seconds. His record was broken by another runner later on, but Derek kept training and broke the new record again in 1987. 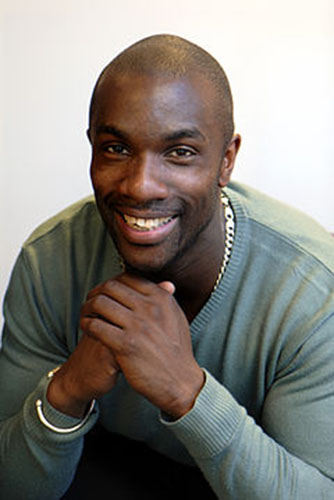 In the 1991 World Championships, Derek was part of the 4 person British team which won the gold medal by running the second-fastest 4×400 meters relay in history. A champion to say the least, Derek is the type of person who never gives up.


As the semi-final 400m began, Derek was off to a great start.

“I remember thinking, ‘I’m going to win this race,’” Derek said. “The gun goes, and I had a really good start.”

15 seconds into the race, Derek felt a large amount of pain in his leg as his hamstring tore. 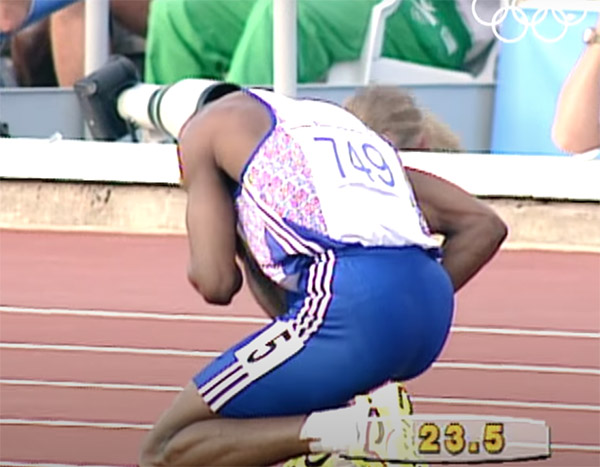 He fell to the ground clasping his leg, but after a few more seconds he leapt to his feet and began hopping towards the finish line on one leg.

His face was in agony as he did his best to make it towards the finish line. That’s when his Father ran from the stands to be by his son’s side and to hold him up while he made his way to the finish. 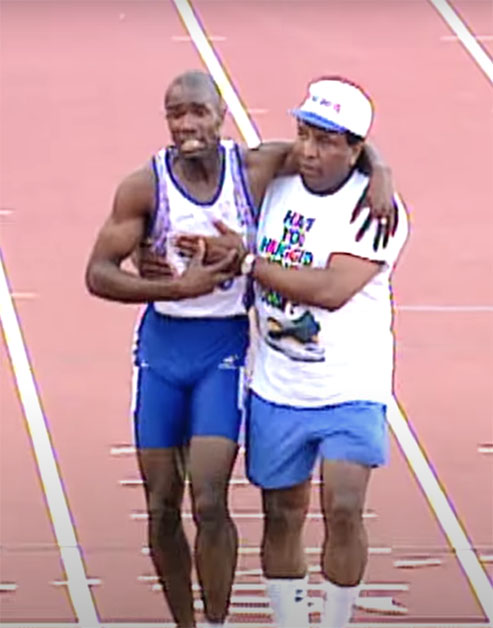 “Look you’ve got nothing to prove. You’re a champion to us. You’ll be back, don’t worry. We’ll do this together,” his Father lovingly told him.

Derek began to break down in tears as his Dad came to his side. To spend years training for the Olympics, making it to the semi-finals as a favorite to win, and then to have a painful injury occur mid-race… it was an emotionally overwhelming experience. 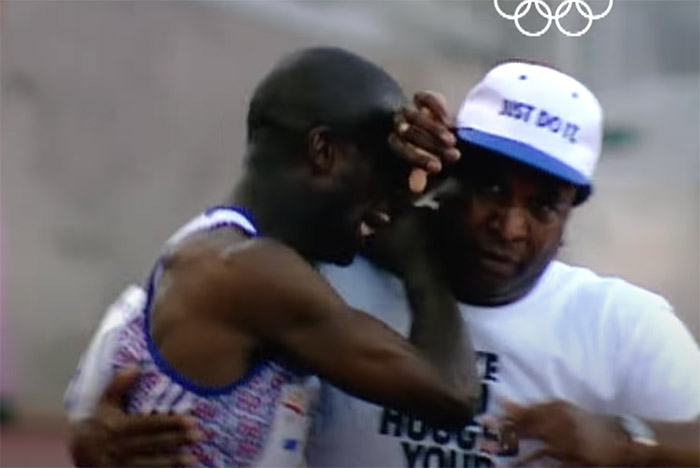 Yet his loving Father came to support him, and their finish together has become one of the most memorable races of all time for the Olympics.

Kind Young Man Helps His Senior Neighbors With Groceries, He Mows Their Lawn, And Visits Them In The Hospital

Child Runs Into A Man’s Car When His Bike Brakes Were Broken, And Instead Of Yelling At Him, Man Buys Him A New Bike

Traits That Mentally Strong People Possess Without Being Aware of Them

Young Girl Froze On Stage During Talent Show But Overcame When Her Loving Mother...

Billionaire Charles Feeney Has Lovingly Given Away His Entire $8 Billion...

Child Runs Into A Man’s Car When His Bike Brakes Were...

September 25, 2020
POPULAR CATEGORIES
All rights Reserved. All trademarks and service marks are the property of their respective owners © Copyright 2017 - Understanding Compassion
Understanding Compassion uses cookies to help us provide, protect and improve our site. By viewing, you agree to our Privacy PolicyOk