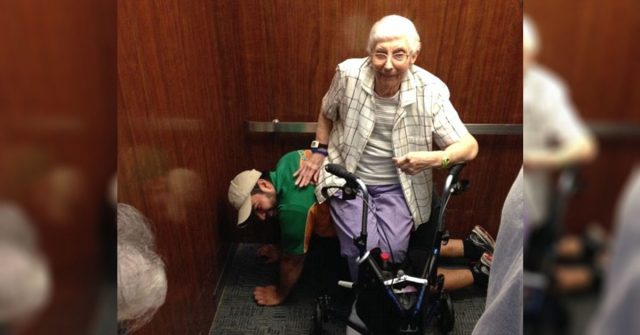 Be the reason someone believes in the goodness of people, just like Cesar Larios of College Hunks Hauling Junk moving company.

A student from the Art Institute of Florida was working helping someone move apartments when the elevator got stuck in the 10 story building.

A few men and an older woman were in the elevator when it unexpectedly stopped working, and they became trapped inside. They eventually made some phone calls for help, and while waiting for help to arrive, the older woman became tired and explained that she was unable to stand for long periods of time.

After hearing this and instead of spending his time in the elevator being stressed along with the older woman, Cesar Larios decided to get down on his hands and knees and become a human chair for the struggling lady. His act of kindness was greatly appreciated, and eventually help was able to come free them from the elevator.

“We were riding with a very nice elderly women,” said Cesar Larios. “As soon as it got stuck the lady said she could not stand for extended periods.”

For 30 minutes straight he sacrificed his own comfort in a stressful situation so that she could rest her legs.

“I thought this was a great example of old-fashioned service and helping your fellow neighbor,” said Co-Founder & President of College HUNKS Nick Friedman. “The response to the picture is mind blowing. Thousands of people are sharing it and posting it on social media. I think what’s great about it is that it’s a genuine moment caught on camera. A lot of people say the younger generation has lost certain values. But one small picture shows that chivalry and hard work are still very much alive in our youth.” 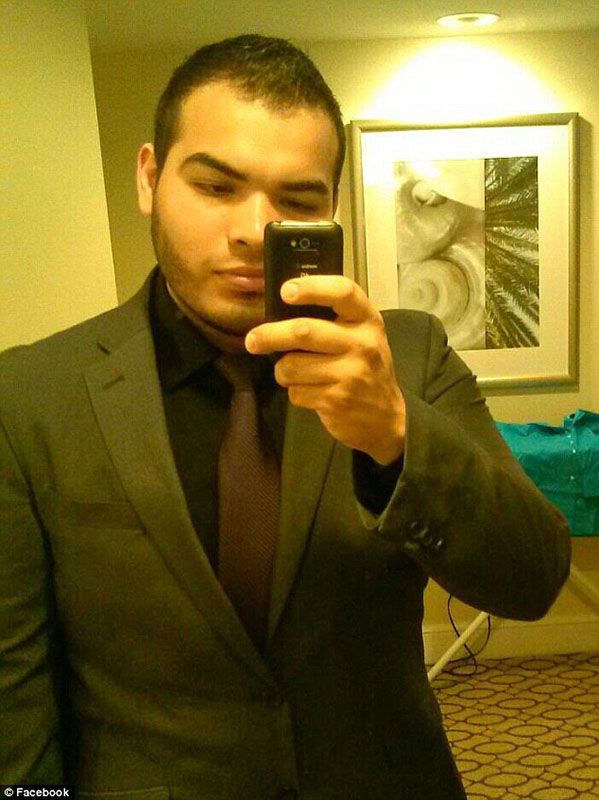 “He is my son, and I am SO PROUD of HIM,” Cesar’s Mom, Olga Lourdes Ruiz Velasco, commented. 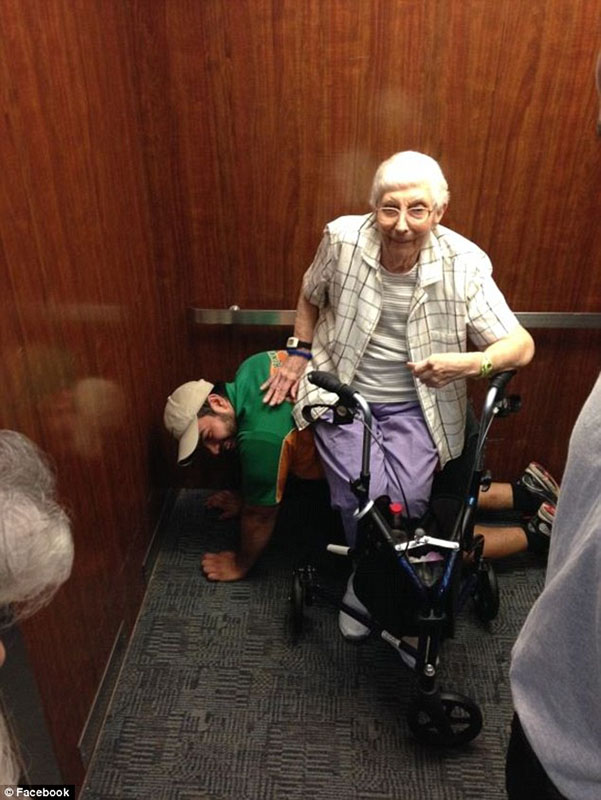 Compassion brings us to a stop, and for a moment, we rise above ourselves.

If you notice an older woman or man who looks like they could use some help, take a moment and see if you can do something for them. Everyday things become harder to do as we age, and even the smallest effort of kindness can be so greatly appreciated by our beloved grandmothers and grandfathers. You might just make a friend of the heart too while you’re at it.

Kind 13-Yr-Old Creates A Free Clothes Pantry At His School For Classmates Who Can’t...

Kind Couple Adopts 46 Shelter Dogs And Builds A Safe Sanctuary For Them To...

What Your Egyptian Zodiac Sign Says About Your Life? The Accuracy Will Stun You