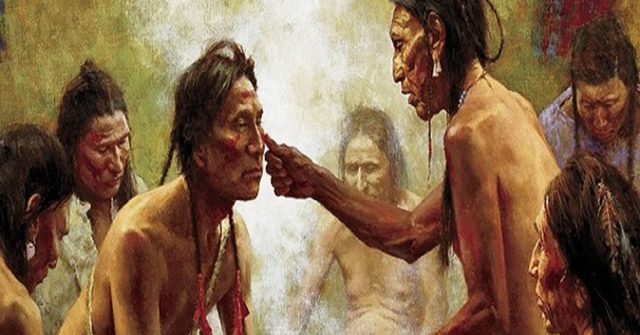 When it comes to herbal remedies, most everyone is familiar with aloe as a skin conditioner and a topical anesthetic, and possibly with purple coneflower(echinacea) as an antibiotic and willow bark as a painkiller. Yet this is just a small glimpse of the herbal remedies that humans, especially Native Americans, have been using for thousands of years.

Here is a list of North American plants, flowers and trees that Native American tribes used for their wonderful benefits.

It is used to aid blood clotting and relieves digestion. Alfalfa can be also included in treatment of bladder and kidney conditions, arthritis and promotes bone strength. It boosts the immune system as well. 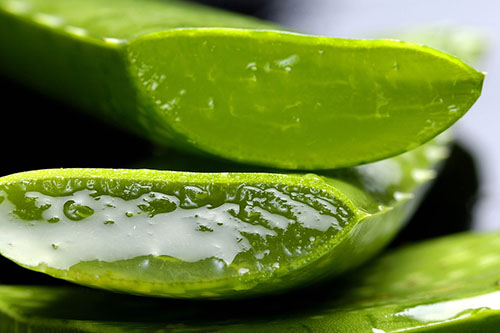 When aloe leaves are squeezed it extrudes a thick sap which is used to treat wounds, burns and bites from insects.

The inner bark is used in a tea to treat coughs, fever and pain. It contains salicin, which is the main ingredient for aspirin.

When used as a tea or taken with food, the pods can provide pain relief. It’s also used to treat digestive distress and arthritis. Sometimes it can be applied to wounds as a powder and act as an anesthetic to numb the pain.

It has been used as a cure for bites from insects and burns. It should only be used externally.

The bark, leaves and root when ground down and infused in a tea are used to reduce inflammation, to treat diarrhea and to stimulate the metabolism. As a gargle, it can be used to treat mouth ulcers, sore throat and inflammation of the gums.

When its roots are crushed and infused in a tea, it can be useful to relieve diarrhea, cough and general intestinal distress.

Its seeds are used as porridge or in soups to relieve diarrhea, to lower blood pressure and to help with blood clotting.

Mixing be pollen with food can aid digestion, boost energy and improve the immune system. Still, be aware that some people are allergic to it, especially if they are already allergic to bee stings.

The flowers and leaves are used as a tea to treat nausea and intestinal problems.

Chokecherry is considered to be an all-purpose medicine by many Native American tribes. The berries were dried, pitted and crushed in a tea to treat colds, flu, cough, nausea, diarrhea and inflammation. As a poultice, it is used to treat wounds and burns.

Also known as purple coneflower, is used to enhance the immune system, and to fight fever and infections. It can be also used as an antiseptic and general treatment for cough, colds and the flu.

The oil from the roots and leaves can be used in an ordinary treatment when infused with tea to treat sore throat, fever, cough and the flu. Today it is often used as an ingredient in cough drops.

A plant with a licorice taste, when chewed or used in a tea it can relieve diarrhea, sore-throat, cough, aid digestion and help to with the common cold. When used as a poultice, it can relieve headaches and eye pain.

To this day, it is used as a natural reliever of headaches, migraines, fever, asthma, digestive problems and for muscle and joint pain.

This was used to relieve itching, general pain and joint stiffness.

This root was consumed by Native Americans as a tea, poultice and with food. It has anti-inflammatory properties, aids circulation and digestion, and can relieve cough, colds and the flu.

Native Americans used ginseng root as a food additive, a poultice and a tea to treat fatigue, to strengthen the immune system, boost energy and to help with overall lung and liver function. They also used the stems and leaves for various purposes, but their most active ingredient was the ginseng root.

Goldenrod was considered another all-in-one remedy by Native American tribes. In addition eating with food or drinking as a tea, it is used to treat conditions from chest congestion and bronchitis to colds, sore throat, inflammation, flu and as an antiseptic for abrasions and cuts.

The stems, leaves, flowers and berries are used to topically treat skin infections and bee stings. As a tea, it can treat headache, sore throat, the common cold and has properties that are anti-inflammatory.

When used as a tea, it can treat digestive problems and was often mixed with other plants or herbs, such as aloe, to soothe muscle pain. It can also be used to treat sore throat and to soothe toothaches.

The leaves and root of licorice can be used to treat cough, sore throat, and the common cold. When chewed, the root can also relieve toothaches.

As a food additive or as an infusion of tea, it was used to treat coughing, inflammation and for general lung afflictions. It’s quite common and likely grows in the wild near you.

The root and leaves are used to make tea which treats muscle pain and anxiety. You can make a mixture of passionflower to treat skin injuries such as insect bites, burns and boils.

It’s quite common in nature and the leaves, root and flowers can be infused in a tea or to sprinkle on food. It is used to improve blood circulation, to manage inflammation and to treat respiratory conditions.

A well-known source of vitamin C, it can be eaten whole, added to food or ground down into a tea to treat coughing and the common cold. Rose hip is also used for intestinal distress, inflammation and as an antiseptic.

A member of the mint family, rosemary is used as a tea or in food to improve circulation, to treat muscle pain and to promote a healthy metabolism.

Sage is known as a natural insect repellent, and also used to treat many digestive disorders, as well as sore throat and the common cold.

Spearmint was consistently used by Native Americans to treat colds, respiratory distress, coughing, to stimulate blood circulation and as a cure for diarrhea.

As an infusion in tea, the root relieves pain, muscle aches and has a calming effect.

The inner bark and the needles can be infused in tea, and is often used for chest congestion and respiratory distress.

Do you regularly use any of these herbal remedies?

Have a beautifully healthy week.

A post shared by Understanding Compassion (@understanding_compassion) on Apr 18, 2018 at 6:54am PDT

Personality Test: What Do You See First and What It Says About You