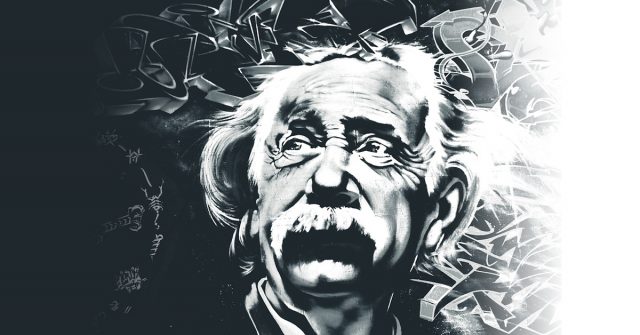 Society tends to believe that talking to oneself is a tell-tale sign of mental illness. After all, talking out loud is normally a means to communicate with people other than yourself. But for many who often find themselves engaging in this habit, it’s simply a way for them to clear out their thoughts – and they may have a point worth listening to. Psychologists have recently discovered that these people may in fact be geniuses!

Did you know that Albert Einstein was often found talking to himself? According to Einstein.org, he would repeat his own sentences very slowly as if he was relaying his own message to himself. Perhaps this was one of the reasons why he was so socially awkward?


Talking to oneself has been considered to be a common practice among some of the world’s most famous historians, artists, and scientists. Psychologists tell us that there are two main benefits and that having a conversation with yourself influences your brain’s productivity.

In their study, psychologists Daniel Swigley and Gary Lupya say that talking to oneself actually benefits the brain. As an experiment, both psychologists employed the help of 20 participants for a simple grocery shopping test.

Each participant was given the name of a particular item in the store. They then looked for the product in complete silence during the first round. In the second round, they were instructed to speak the item names while searching, and to speak them loud enough for those around to be able to hear.

The results show that the participants who spoke to themselves while searching for items had an easier time retaining the information. With that said, the study concludes that talking to oneself actually improves information retention and memory. However, talking to oneself is only beneficial if and when you are familiar with the topic presented.


Lupyan says, “Speaking to yourself isn’t always helpful — if you don’t really know what an object looks like, saying its name can have no effect or actually slow you down.”

This means that in order for this habit to be effective, you must have an idea about what the topic is about. Presenting a new thought or idea while talking to oneself without understanding the topic may actually lead to further confusion.

The good news is, talking to oneself as a habit could also be beneficial during the learning process. You may have noticed that children often talk to themselves while doing particular actions. This allows them to retain that information easily for future reference.

People who often talk to themselves will also be happy to know that this seemingly silly habit has a lot of other benefits. Such benefits include improved focus and the ability to clarify and organize thoughts better, all of which help you achieve your goals and gain a better perspective.

Kind Couple Helps Homeless Man Reunite With His Family That He Hasn’t Seen In...

Neuroscience Learns What Buddhism Has Known for Ages: There Is No Constant Self

33 YouTubers Came Together And Recorded This Heartwarming Lockdown Version Of ‘We Are The...

Study Finds 68% Of Abusive Relationship Partners Were Spanked As Children