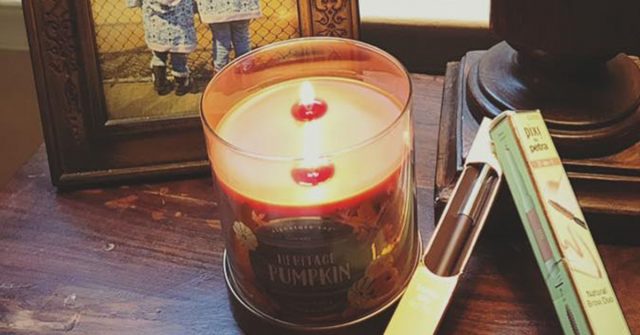 When a mother realized she was over her budget and began removing items at checkout, a kind elderly man in line insisted on paying so that she could have them.

Erin Bennett was shopping at a Target in Gainesville, Virginia, for groceries and also for a few items to help her get through a stressful time. But as her items were totaled at checkout and she opened her wallet, she realized that she had gone over budget and decided to remove a scented candle she uses to relax, and also removed her makeup.

A kind elderly man with gray hair and a gray beard was behind her in line, and understood what was happening.

“To the man in line behind me at the Gainesville Target,” Erin wrote in a post online, “who saw that after hitting my grocery budget limit I decided to put back my Pumpkin Spice candle and the makeup I had picked out.”


Erin had been having a stressful week; dealing with depression, raising children and trying to live on a budget.

“Even without knowing that, you saw me. You saw me as a human, not just the mom in front of you that was distracted and going way too slow.”

After Erin had removed her self-care items, the elderly man in line insisted that he was going to be buying them for her.

“You heard me say that I’d like to put those items back and you said you were getting them. You didn’t take no for an answer. You told me I deserved it when I started to tear up.”

Erin was deeply grateful for the kindness shown by the elderly man, and she wants to help another person the next time she sees a need.

“You Sir, are the good in the world. You made my day, probably my week, and I WILL pay it forward. Thank you so much for your kind heart and words.”

” ** Please feel free to share in hopes that he sees this and to remind people that kind gestures go a long way.”

My first blessing of the day, I woke up…