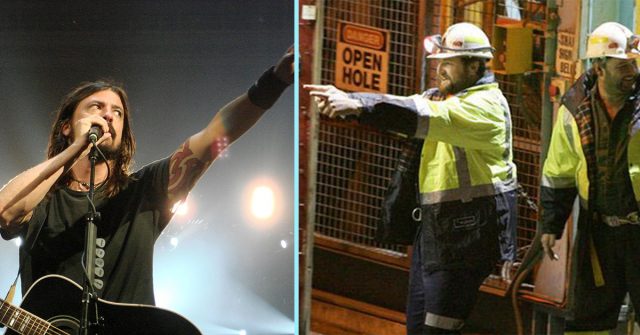 After hearing that two trapped miners who were buried nearly a mile in the Earth had asked for an iPod with music by the Foo Fighters, Dave Grohl was moved to tears.

An earthquake caused a rock fall at the Beaconsfield Gold Mine in Tasmania, trapping Brant Webb and Todd Russell nearly a mile underground. Their first six days were spent in complete isolation, as they survived on a single energy bar and a bit of water that seeped through a rock. It took more than two weeks to rescue them from the depths. At one point, when contact had been made, they requested the necessities for survival, along with an iPod with Foo Fighters music on it to lift their spirits and to help drown out the sound of major rescue drilling which took place for 15 days straight.

Grohl heard about their request for his music on Day 11 and was moved to tears. He sent them a personal note saying;

“I want you to know when you come home, there’s two tickets to any Foos show, anywhere. Deal?”

After two very trying weeks, the miners were successfully rescued.

“How on earth these blokes have survived for 14 days underground is stunning. We have been shaking our heads in wonder. We thought these guys had gone and now they’ve come back,” said Bill Shorten of the Australian Workers Union.

After their ‘Great Escape,’ Grohl planned to meet the miners during his tour at the Sydney Opera House. Brant, who was the main Foo Fighters fan of the two, brought his family to attend as well, and everyone had a fantastic time.

During the live three-night acoustic Foo Fighters tour, Grohl composed the instrumental; Ballad of the Beaconsfield Miners, performing it on stage and dedicating it to the miners while they were there.

“I thought I’d write something for them,” Grohl said. 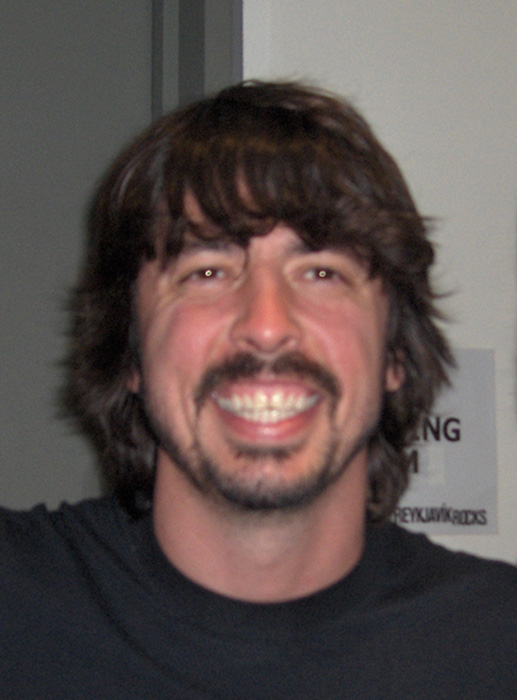 They went out for drinks after the show, where he told them that he planned to feature the miner’s ballad on their next album.

“I came up with this instrumental thing. After the show, we went [to] the hotel bar and I was like, ‘Dude, I promise I’m going to put this on the record’.”

Brant said that the song was, “incredibly awesome.”

“The Foo Fighters’ music helped me through my darkest times and back to the light.”

Dave Grohl’s big heart was able to reach through the rubble and give hope to the trapped miners, and he beautifully delivered on his promise to them.

A post shared by Understanding Compassion (@understanding_compassion) on Aug 10, 2019 at 12:05am PDT