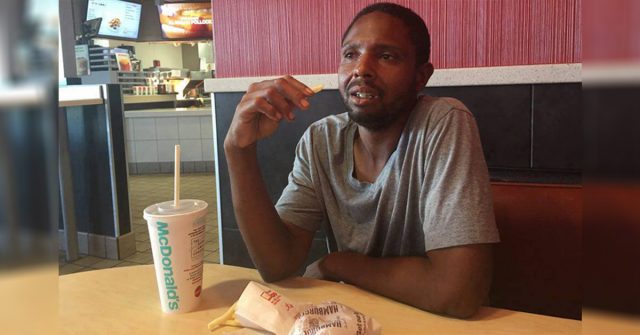 Summers can be quite hot in Arizona, as the average temperature tends to be over 100 degrees Fahrenheit. The heat raises pavement and asphalt temperatures between 40 to 60 degrees hotter than the air temperature, which makes pavement, streets and sidewalks hot enough to fry eggs in the summer.

It’s too hot for people to walk barefoot on the street, and it’s a stressful, difficult and often painful time for our homeless brothers and sisters. When Jon Linton was in his car waiting at a stoplight, he saw one homeless man cross the scorching street barefoot, and then run towards a small puddle of water to cool down his burning feet. Jon’s heart was moved in this moment, and he decided to do something to help.

“Today, while at a stoplight, I watched a man walk across 6 lanes of traffic through an intersection’s crosswalk. Summertime temperatures in Phoenix can reach upwards of 115 degrees, and the asphalt can get as hot as 170 degrees. So, when someone is crossing a street, absent shoes or socks, it’s cause for alarm.”

“My heart sank as I observed the man quickly make his way to a puddle of water and cool his feet! I did a U-turn and pulled into the hotel’s parking lot where he was now sitting under a shaded awning. I introduced myself and said’ ‘Hey man, you haven’t any shoes! Can I help?’ In a faint voice he replied, ‘I’ve been homeless for almost 2 years. My shoes gave out on me.’ I pleaded with David to stay in this spot while I drove to a Goodwill just blocks away.”

“Fifteen minutes later I returned with a pair of shoes, shorts, socks and a fresh shirt. Thankfully, David was still there!”

David was able to change into his new clothes and put on his new shoes, then the two of them shared a meal and some warmhearted conversation.

While many get sunburns, headaches, feel lightheaded, exhausted and dizzy just from being out in 115 degree heat for less than 30 minutes, it’s difficult to imagine what it feels like for someone without a home, or someone even without shoes to be living in the constant heat for an entire summer.

Jon’s beautiful heart really related to and had compassion for what Kevin was going through as his feet were burning while crossing the street. He took the time to show Kevin that he is loved; he asked him if he could help, he spent a few minutes and a few dollars buying him new shoes, new clothes and some lunch, and Kevin was so grateful for all of it. 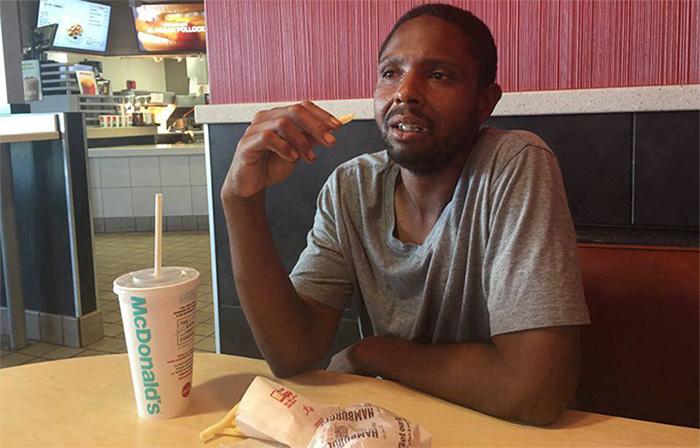 If you see a struggling homeless person this week, take a second to imagine what life must be like for them in that moment. Without judgment as to how or why they got to rock bottom, listen to the gentle whisper in your heart that reaches out to say, ‘I see you, I love you.’ If you can spare a minute to help show them some love and to do what you can for them, you’ve truly done a wonderful thing, just as Jon did, and have helped make this world a kinder and more beautiful place.

See Also: ‘Do you mind if I sit with you?’ How A Kind Man Showed Love To A Homeless Man Who Ordered $1 Worth Of Food And Sat Alone