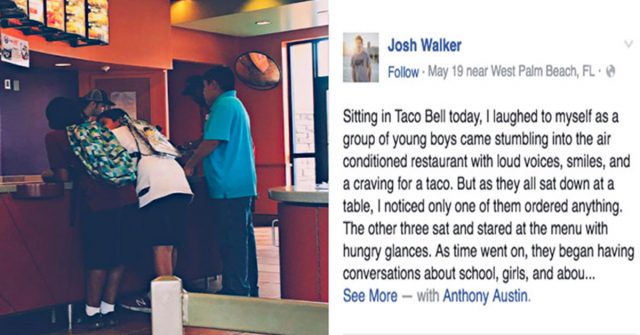 When Josh Walker was sitting down for a meal at a Taco Bell in West Palm Beach, Florida, he noticed a group of young boys come into the restaurant, but only one of them ordered food. The rest of the boys stared hungrily at the menu, and did their best to enjoy their time with friends without being able to eat… until one kind man came up to their table; “Y’all want a slushie? Come on up here, let’s get you guys something.”

Josh was so moved by the man’s kindness that he shared the following:

“Sitting in Taco Bell today, I laughed to myself as a group of young boys came stumbling into the air conditioned restaurant with loud voices, smiles, and a craving for a taco,” Josh explained. “But as they all sat down at a table, I noticed only one of them ordered anything. The other three sat and stared at the menu with hungry glances. As time went on, they began having conversations about school, girls, and about twenty other subjects…”

“At a random moment, the man who was sitting in the corner of the restaurant stood up, came over to stand over the table…As all of the boys shrank back on view of this 6’5 giant, the words that issued forth made my day. “Y’all want a slushie? Come on up here, let’s get you guys something.” Within a few seconds, the three boys jumped out of their chair, ran to the counter, and happily ordered not only slushies, but found that the stranger also offered to buy them food.”

The kind man quickly paid and walked out the door before the boys could even thank him.

“He quickly asked the cashier if he could pay before they started the food as he needed to get back on the road. Card swiped, a goodbye given, and this gentle man quickly went for the back door without asking for a thank you for the young boys. I nodded silently to him and flashed a smile as a signal that he had been seen. He lifted a hand in farewell towards the counter, and with smiles touching both sides of their faces, the little dudes all turned and yelled “thank you!” as he slipped out the door and jogged to his semi parked to the side of the building…”

“Today, Love and Kindness looked like a 12 pack of soft tacos and 3 Starburst Freezes.”

Many hearts were touched by the man’s act of kindness for the young boys.

“The world really is a lovely place,” Sandra L. said in a comment.

“Thank goodness there are kind people in this world that like to do something nice for someone. All teens aren’t trouble makers. They appreciated what this truck driver did. An awesome act of kindness,” wrote Edna M.

The kind man noticed the situation of the boys, and without worrying about what their response would be, he came to them and treated them as a loving father would; he bought them everything they wanted. He didn’t expect or even stay for a “thank you,” as their smiles were good enough for him.

A post shared by Understanding Compassion (@understanding_compassion) on Nov 27, 2019 at 5:35pm PST 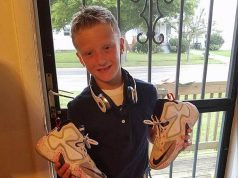 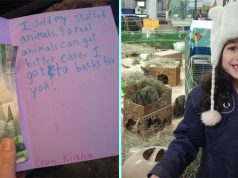 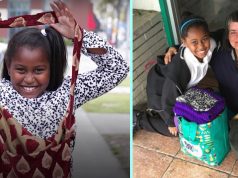 Kind 10-Yr-Old Makes Hand-Sewn Care Bags For Homeless Women; In 2 Years She’s Given Out More Than 1,000

The 7 Reasons Why Everybody Loves Leos – Do You Know A Leo?

SISTERS are like Seashells, Snowflakes and Precious Works of Art…

A Waiter At A Restaurant Buys Food And Feeds A Disabled Homeless Man With...

Kind Girl Sells Her Stuffed Animals And Donates The Money To...

January 10, 2020
POPULAR CATEGORIES
All rights Reserved. All trademarks and service marks are the property of their respective owners © Copyright 2017 - Understanding Compassion
Understanding Compassion uses cookies to help us provide, protect and improve our site. By viewing, you agree to our Privacy PolicyOk