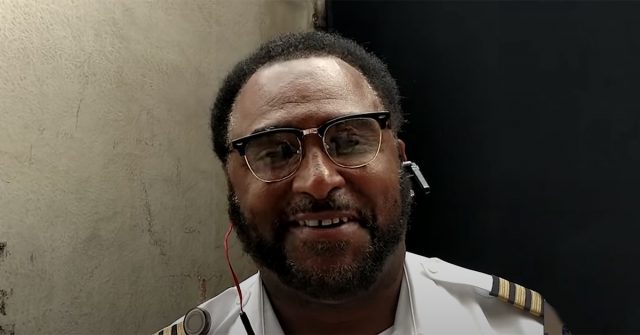 When a homeless man asked a bus driver for some food, the kind driver gladly gave him a sack lunch and water he had with him.

When Egberto Willies was on his way to a convention in New Orleans, he took a shuttle from the airport to the convention hotel. He boarded the shuttle, and as they were driving into town and stopped at a cross street, a homeless man walked up to the driver’s window.

“I boarded the shuttle [and] we drove several miles into town,” Egberto shared with the Daily Kos. “Then as we stopped at a cross street, a not very clean looking hungry man approached the shuttle driver’s window.”

He saw the kind driver, Dexter Quinn Sr., grab his sack lunch and water and hand it out the window to the homeless man.

“Dexter, the shuttle driver, reached over, picked up a sandwich and a bottle of water and handed it to the man. The man was very thankful, and Dexter continued dropping people off at their hotels.”

Once they arrived to the hotel, Egberto asked him what made him give his lunch to the homeless man. He learned that each day, Dexter packs eight extra lunches to give to the homeless he drives past.

“When we got to my hotel, I asked Dexter what made him just give the man his sandwich and water. You see, I assumed it was his lunch. Dexter said that every day he packs 8 sandwiches and 8 bottles of water to give to the indigent. In other words, it is a deliberate, an intentional act of kindness on this man’s part.”

After talking with each other, he learned that Dexter has been making extra lunches for the homeless for more than 20 years.

“This is something that I’ve been doing for the last 20 years,” Dexter said. “I think we’ve got a lot of unfortunate people in this world. My grandmother always taught us that if you woke up you was blessed, so at some point in your day you’ve got to try and be a blessing, and that’s something that’s been put on my heart to do.”

Let’s all take Dexter’s grandmother’s wonderful teaching of compassion to heart, and try to be a blessing to the less fortunate each and every day.

Kind Bus Driver Let A Cold Homeless Man Stay On Her Bus For 6 Hours, Bought Him Dinner And Found Him Shelter

Mama, the older I grow, the more I realize that my Mother was my...

Find Out What Your Birth Month Butterfly Reveals About You