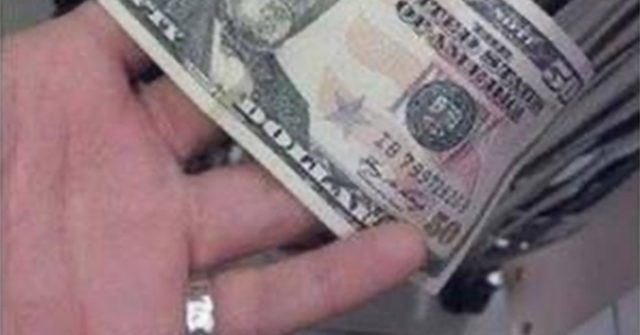 When a former homeless man saw a woman who had helped him in the past, he gave her a $50 dollar bill and a heartfelt thank you.

An anonymous woman in Seattle, Washington, needed to buy a sweater for work, so she went out shopping at the Pike Street H&M in an area that she frequented. As she walked into the store, a man also walked in at the same time and began talking with her.

“Popped into HM to buy a sweater for work…” she shared in a post online. “This guy follows me in, says ‘You probably don’t remember me.'”

“I see you walk down this street a few times a week and you give a dollar to at least one homeless person. You have given me at least $30 over the last 6 months,” the man said.

He told her that he had found a job and now had a place to live, and he thanked her for her generosity.

Then, he handed her a $50 bill to repay her kindness.

When Buying Breakfast, He Found It Had Already Been Paid For By A Kind Homeless Man Who He Regularly Talked To

Kind Paramedic Lovingly Counseled A Lonely Homeless Man For Months; 14 Years Later His Life Is Back On Track

Is Your Vision Good Enough To Spot The Odd One In All 5 Pictures?

15 Tricks With Baking Soda That Everyone Should Know